Sebastian man said his son attacked him on his birthday 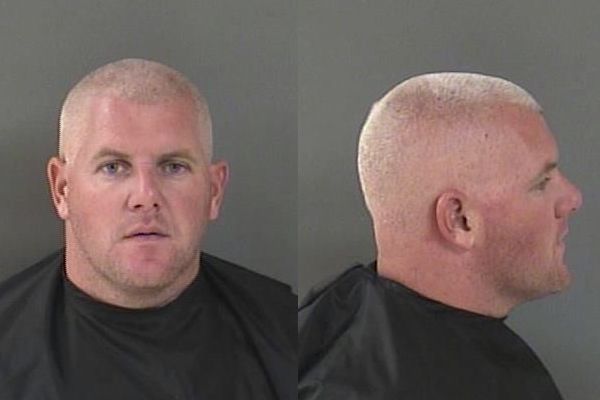 Ryan Downs arrested after attacking his father in Sebastian, Florida.

A Sebastian man with a cane told deputies that his son attacked him after their Uber driver took them to the wrong bar to meet friends, according to the Indian River County Sheriff’s Office.

On Saturday night at around midnight, deputies responded to JJ Mannings, located at 740 S. Fleming Street in Sebastian, where they found the victim bleeding from his left elbow, the affidavit said.

“The victim stated that he and his son, the defendant, Ryan Christopher Downs, were out celebrating his birthday. They then proceeded to take an Uber to meet friends at a bar,” the deputy said.

Witnesses at the plaza said they heard two men arguing and saw Downs striking the victim with his fists. The victim defensively used his cane to keep his son away from him, according to the affidavit.

Another witness saw Downs kicking his father (victim) in the stomach and chest as he lay on the ground. As more witnesses came out of JJ Mannings, Downs ran behind the bar where he was later located by deputies.

Downs, who works as a mechanic, told deputies he was sorry and was concerned about the condition of his father, but didn’t want to offer details about the incident. Downs was arrested and charged with Battery Domestic Violence and transported to the Indian River County Jail.

Sebastian Inlet State Park Piers are among the best in Florida

July 4th Celebrations and Events in Sebastian and Barefoot Bay

July 4th Celebrations and Events in Sebastian and Barefoot Bay