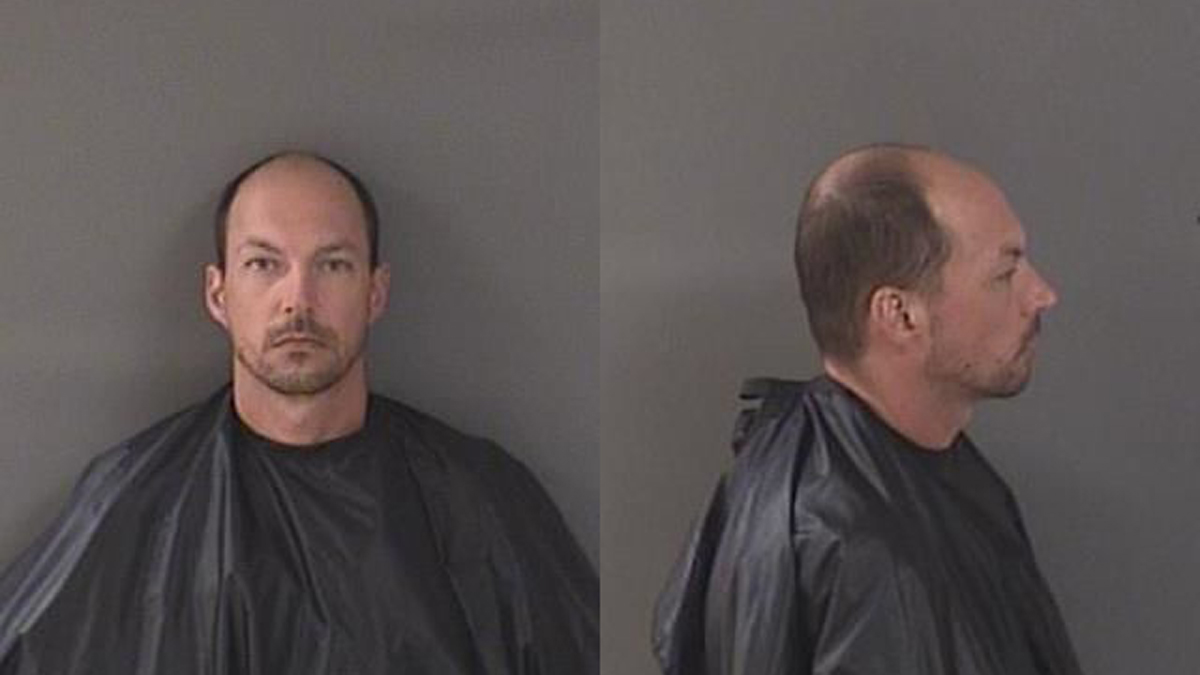 Officers arrested a man in Sebastian after he pushed his mother down a flight of stairs before leaving her home, records show.

The Sebastian Police Department received a call Sunday at approximately 10:40 p.m. about a physical disturbance at the 300 block of Tangelo Street.

The mother (victim) told officers that her son, later identified as 35-year-old Nicholas Alan Mero, pushed her down the stairs and fled the home on foot.

“She called for help after Nicholas (Mero) shoved her while she was standing at the top of the staircase. As a result of being pushed, she stumbled down the flight of five steps and eventually fell onto the ground at the bottom of the stairs,” the officer said.

Mero then stepped toward his mother, grabbed her hair, and struck her again on the head. As he left the residence, Mero yelled at his mother and said she better have his money or he would kill her when he returned to the home, the affidavit said.

The victim said her son was angry with her because he wanted twenty dollars. According to the affidavit, the mother told the police that she did not have any cash, which angered Mero, causing him to shove his mother down the stairs.

The mother complained of pain in her back, knees, and left shoulder, resulting from the fall. Police said she had difficulty walking and standing up.

“It appeared evidence that she was injured, causing her pain and restricting her mobility. (The victim) declined any medical attention at that time,” the officer said.

At approximately an hour later, Mero was located in the 400 block of Sebastian Blvd (CR-512). Mero denied any physical confrontation with his mother. He stated that he left the residence to go for a walk.

Mero was charged with Battery and is still being held on $2,500 bond at the Indian River County Sheriff’s Office.