Sebastian man points gun at victims, barricades himself in home 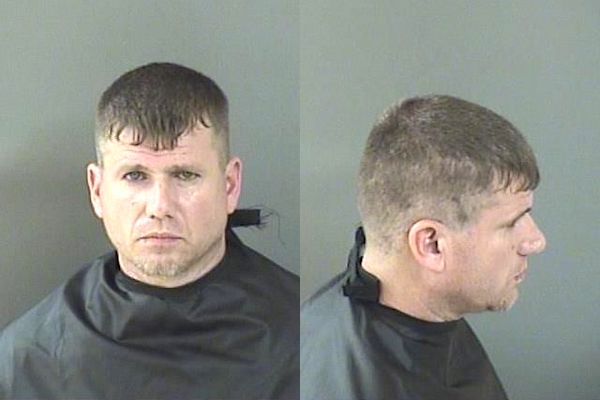 A man faces multiple charges after pointing a gun at two people in Sebastian, Florida.

SEBASTIAN – A 44-year-old man was arrested on multiple charges after pointing a gun at two victims and then barricading himself in a bedroom of a home, according to the Indian River County Sheriff’s Office.

Police say Johnny Ray Human, of Sebastian, pointed a gun at his ex-girlfriend and her friend and told him he was going to kill them both. The incident happened last Thursday night.

The girlfriend met with police away from the house and said she was attempting to get her belongings to move out of the shared residence. While gathering her things, Human allegedly grabbed her and began to “push and shove her around the residence,” the affidavit said.

Human then attempted to lock his ex-girlfriend inside a bedroom against her will, the report said. The victim was able to open the door before Human had the opportunity to lock it from the outside.

The victim was bleeding from her nose, and the “blood vessels in her eye appeared to have popped,” the deputy said.

Deputies then went to the home where Human was and attempted to make contact with him. He had “barricaded himself inside a bedroom of the residence,” the report said.

“The defendant fought our efforts to make entry to the bedroom by placing something against the back of the door,” the deputy said.

Eventually, deputies made entry into the bedroom and located the pistol. It still had a round in the chamber and several in the magazine, according to the report.

Human was charged with Battery Domestic Violence, 2 counts of Felony Aggravated Assault with a Deadly Weapon, and False Imprisonment. Bond was set at $67,500.

Sebastian will be sunny and clear this week