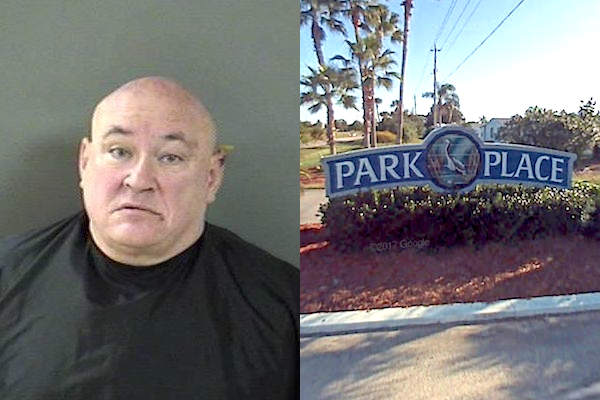 Man found walking around in Sebastian wearing only his underwear.

SEBASTIAN – Earlier today, at approximately 2:30 a.m., the Sebastian Police Department received a call about a man walking around several homes in his underwear.

John Paul Main, 63, was found walking in his underwear several houses down from his Sebastian residence, according to the report.

Main told officers he was lost and started yelling and using profanities.

“I asked the male subject to lower his voice, so he did not wake up anyone due to it being 2:30 a.m. The male continued yelling and in doing so woke up the residence,” the officer said.

Police determined that Main was intoxicated and advised he was under arrest. He was placed in handcuffs and all was fine until there was a scuffle.

“While walking him to my vehicle the male subject started to tense up and resist. He turned towards me aggressively, and at that time I escorted him to the ground,” the report said.

Main told the officer he “was done” and complied with the officer’s command.

He was transported to the Indian River County Jail where bond was set at $500.