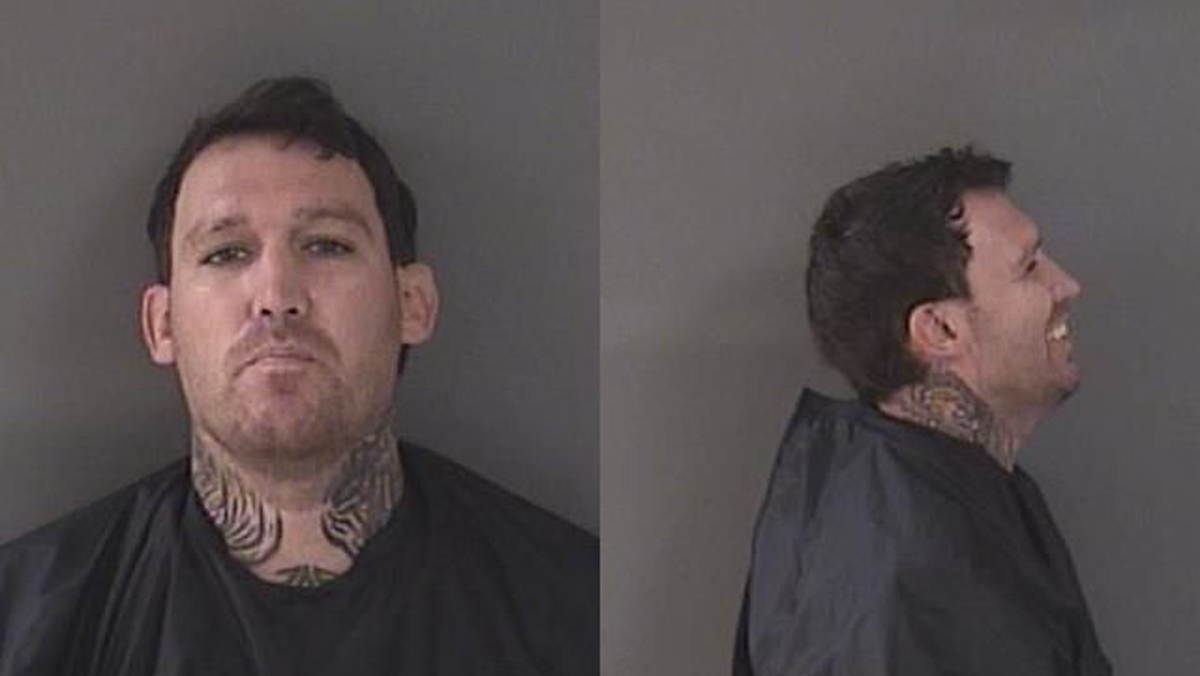 A Sebastian man was arrested Sunday after driving recklessly through the parking lot of Earl’s Hideaway Lounge before hitting a motorcyclist. The man, identified later as 36-year-old Ian Joseph Tenreiro, was trying to run from the police.

At approximately 4:10 p.m., a Sebastian police officer observed Tenreiro passing him at a high rate of speed of 64 mph in a 35 mph zone on U.S. Highway 1.

“As I got closer to the vehicle, he changed lanes quickly and entered the parking lot of Earl’s in a reckless manner. I observed a man and woman crossing the entrance to Earl’s parking lot that the subject cut in behind. The couple looked back at the vehicle due to him traveling at a higher rate of speed and turning into the parking lot quickly,” the officer said.

The officer said Tenreiro did not slow down while driving through the parking lot, hitting his brakes before impacting the side of the motorcycle. The subject on the motorcycle did not fall and was able to maintain his balance. The motorcyclist did not sustain any injuries but had minor damage to the back of his bike.

As police asked Tenreiro to exit his vehicle, a crowd from the bar gathered in the parking lot and became angry at the subject for hitting the motorcycle.

“Ian (Tenreiro) advised me that he thought he could cut through the parking lot and get away from me to avoid getting pulled over. He wanted me to apologize to the motorcyclist that he struck and asked if he was okay,” the officer said.

Tenreiro was charged with Reckless Driving and transported to the Indian River County Jail for processing.