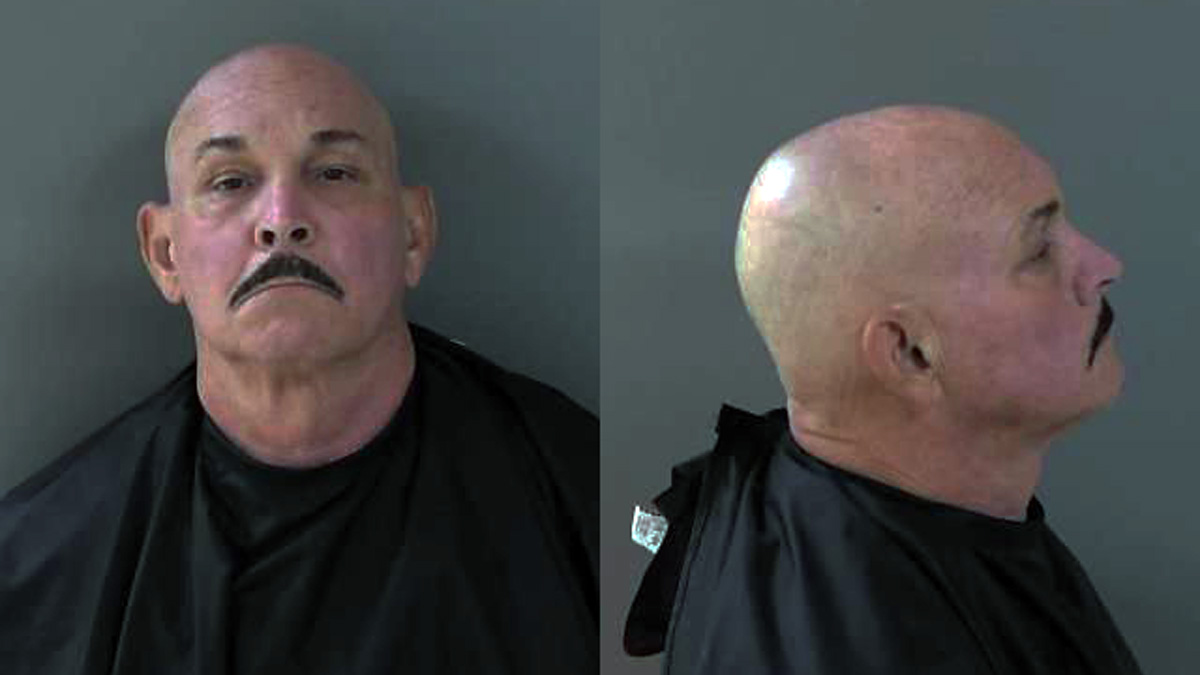 The Sebastian Police Department received several calls about a man walking around Indian River Drive and Coolidge Street with a firearm and sheriff’s badge on his waistband.

On Monday, June 27, 2022, officers responded to the area to search for the suspect. Soon after, the Indian River County Sheriff’s Office had a man detained matching the description.

The deputy said he observed the man crossing U.S. Highway 1 and instructed him to stop. At the same time, the suspect removed a belt from his waistband and threw it into a nearby bush.

The man was identified as Robert M. Newsome, 65, of Sebastian, Florida. Newsome said he was wearing a BB gun.

“He was fishing earlier; he often carries his BB gun while fishing due to his property being stolen in the past. Today he was wearing the BB gun openly. However, he believed he was permitted to do so. The BB gun that was in the bush belonged to him,” the deputy said.

Newsome told law enforcement that he threw the belt into the bushes because he didn’t want to get shot by the deputy. He also admitted to telling an individual that he was with the sheriff’s office and was “looking for his fishing equipment,” the affidavit said.

Newsome also said the sheriff’s badge was given to him by a family member.

Upon searching Newsome, a wallet was recovered that stated “Sheriff’s Department” on the front. Inside the wallet was a sheriff’s badge that read “Special Deputy St. Lucie County Sheriff’s Office.”

According to a witness and one of the callers to 911 dispatch, they observed Newsome near the Mulligans Beach House restaurant walking around with the badge and gun, telling people he was with the sheriff’s office and needed assistance investigating who had stolen his bait and fishing net.

Newsome was arrested and charged with Impersonate Law Enforcement Officer. He is currently being held on a $5,000 bond at the Indian River County Jail.