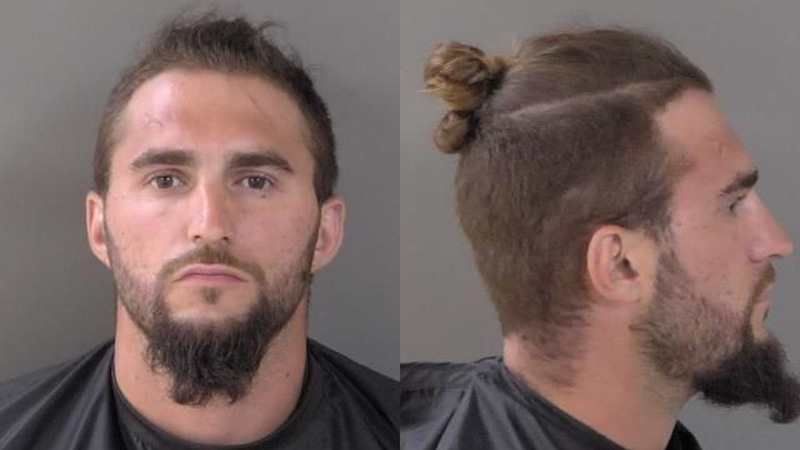 After placing two power drills down his pants, a man was arrested for shoplifting at the Sebastian Walmart.

On Thursday, at approximately 3:15 p.m., the Sebastian Police Department received a call from the store about a shoplifting in progress.

Upon arrival, police spotted the suspect leaving the store with the two power drills in his pants. In addition, the suspect also had a power tool battery, suspenders, glasses, and a shirt.

The suspect was identified as 30-year-old Cody John Kouyoumijian of Sebastian.

“Kouyoumijian was wearing the shirt and glasses, while the rest of the merchandise was located in the waistline of his pants,” the officer said.

Kouyoumijian told the police that he stole the merchandise because he was going through financial difficulties. The merchandise recovered totaled $214.97.

While on the scene, police discovered that Kouyoumijian was the same suspect in two other shoplifting cases that occurred on February 19, 2022, and February 25, 2022.

Video surveillance showed Kouyoumijian concealing multiple items in his pants before exiting the store and leaving on a motorcycle.

Kouyoumijian admitted to taking the merchandise but was unsure how many times different occasions he stole from Walmart.

He was charged for all three incidents and transported to the Indian River County Jail.