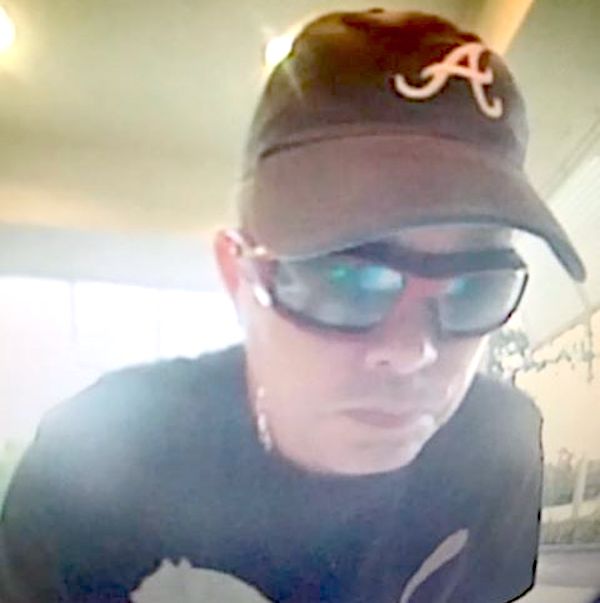 SEBASTIAN – Detectives with the Sebastian Police Department are seeking the identity of a man who allegedly used a skimmer at a gas pump and a camera to duplicate a debit card.

The couple contacted Sebastian Daily to warn others of this potential problem.

“My husband’s debit card was copied using a scanner and a camera to see the pin when you enter it at the gas pumps,” the wife, who wants to remain anonymous, told Sebastian Daily. “My husband only stops at 2 gas stations, one in Fellsmere and the one on the corner by the highs school at the Dunkin Donuts.”

After her husband’s debit card was copied, the suspect then used it to withdraw $800 from the Suntrust Bank in Sebastian.

The withdrawals were made in two separate transactions of $400.

Gas station skimmers are external devices that thieves attach over a real debit/credit card slot at a gas station pump.

As customers swipe their cards into the skimmer, the device saves and stores card information immediately.

A pinhole camera is also used in conjunction with skimmers to capture footage of customers entering their PIN numbers on debit cards.

For this reason, it’s always better to use a credit card at a gas station rather than a debit card.

If a card slot looks different from the other card readers at the station, it might be a setup for a credit card skimming fraud.

Skimming devices are meant to be placed temporarily for a matter of hours or just a day. For that reason, they are attached using only double-sided tape, so thieves can easily remove them.

Before sliding your card through the machine, tug on the reader to ensure it is securely attached; skimmers will easily pop off with little effort.

In the photo, the suspect is wearing a Puma athletic shirt and an Atlanta Braves baseball hat.

Anyone with information about the suspect should contact Detective Miller with the Sebastian Police Department at 772-589-2207.