Sebastian Couple Tell Cops They Are Part Of Illuminati 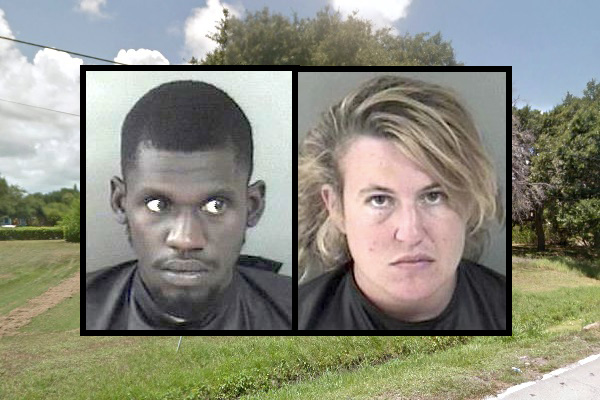 SEBASTIAN – The Indian River County Sheriff’s Office received a call in Sebastian about a male and female subject lying under a blanket in the grass near the complainant’s home.

As the deputy arrived, he walked to the area to perform a welfare check.

Morrow came out from under the blanket and started yelling.

“I am part of the Illuminati and free masons. You have no authority and I don’t have to leave,” Morrow said, according to the report.

The deputy was fifty feet away when Morrow started yelling these things. As he approached further, a male subject appeared from under the blanket.

Morrow continued to “yell at the top of her lungs even as I stood a few feet from her,” the report said.

“She continued to yell and rant that she was a famous music talent and she knew judges and her family would have my job,” the deputy said in the report.

Then Davis began to yell why he was being detained. The deputy advised that he was there to perform a welfare check and that there was no reason to yell.

“He continued to yell along with the female about free masons and their impending music record deal and the celebrities, judges, and power their family had,” according to the report.

As they continued to yell, several occupants from the nearby apartment units had come out because of the noise. The deputy determined the disruption by the two subjects was affecting the peace and quiet of the residents.

Morrow and Davis were arrested and transported to the Indian River County Jail where they were charged with disorderly conduct.

Latin Night at CC’s Place in Sebastian with Oscar Alvarado

Latin Night at CC's Place in Sebastian with Oscar Alvarado