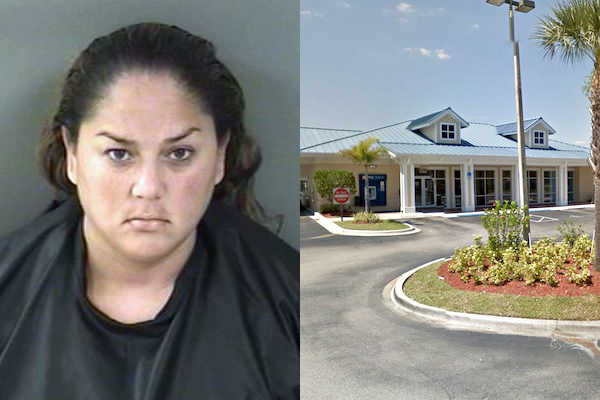 VERO BEACH – The Indian River County Sheriff’s Office received a call from PNC Bank in Vero Beach about a suspicious vehicle in their parking lot.

Deputies responded to 4105 9th Street SW in Vero Beach where they observed a vehicle parked in the lot with its engine running, according to the report.

Denise Martinez, 37, was seen sitting in the driver’s seat texting on her phone.

“Upon speaking to the female, I detected a strong odor of alcoholic beverage on her breath. Her speech was slurred, eyes were bloodshot, and her movements were delayed,” the deputy said in the report.

The deputy asked Martinez if she had been drinking, and she replied “two, three or four.”

Located in the vehicle beside Martinez were several empty mini liquor bottles.

Laying on the ground outside the vehicle were three additional mini liquor bottles.

During field sobriety tests, Martinez was unable to follow directions or perform the tests correctly, the report said.

Martinez was arrested and transported to the Indian River County Jail where she was charged with driving while intoxicated.

Breath test results were .24 and .256, about three times the legal limit.