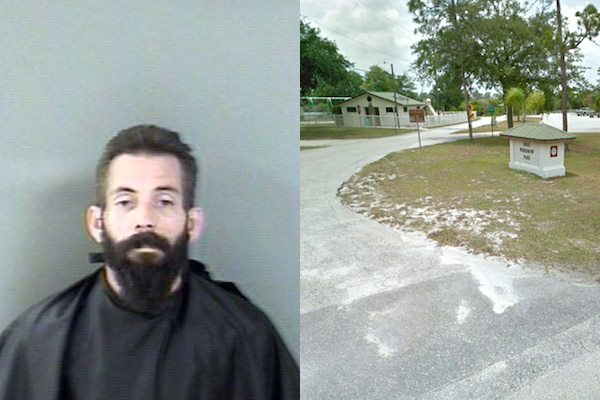 Police receive calls about an intoxicated man at park in Roseland, Florida.

ROSELAND – Deputies received a call Thursday morning about an intoxicated man walking around Dale Wimbrow Park in Roseland, according to the Indian River County Sheriff’s Office.

A deputy arrived at the park at approximately 11:30 a.m. and saw 34-year-old Damien Joshua Decker, of Sebastian, leaning over a guardrail and “throwing up” next to a vehicle with both doors open.

The deputy asked Decker what he was drinking, and he said an unknown woman “gave him a pill” but he wasn’t sure of the name of the drug, according to the affidavit.

The deputy helped Decker find his phone in the vehicle, but then discovered a bag of pills laying on the driver’s seat. The collection of 15 pills were identified as Buprenorphine, Hydrochloride, and Clonazepam, the report said.

Buprenorphine is usually sold under the name Subutex and is an opioid used to treat addiction. Hydrochloride is Oxycodone, which is used to relieve moderate to severe pain and has a high risk for addiction. Clonazepam is an anti-anxiety medication. They are all controlled substances.

Decker, who told law enforcement he works as an electrician, admitted that all the pills belonged to him, reports show. The deputy then searched the vehicle subject to arrest and found a yellow container in the center console.

“Inside the container was 12 syringes and two bent spoons with traces of illegal substance present on the spoons. The container also had small balls of chore boy and pushrods,” the deputy said.

Decker was arrested and charged with Felony Possession of a Controlled Substance, and Drug Paraphernalia. He was transported to the Indian River County Jail.

As of Sunday afternoon, Decker is still being held on $11,000 bond.