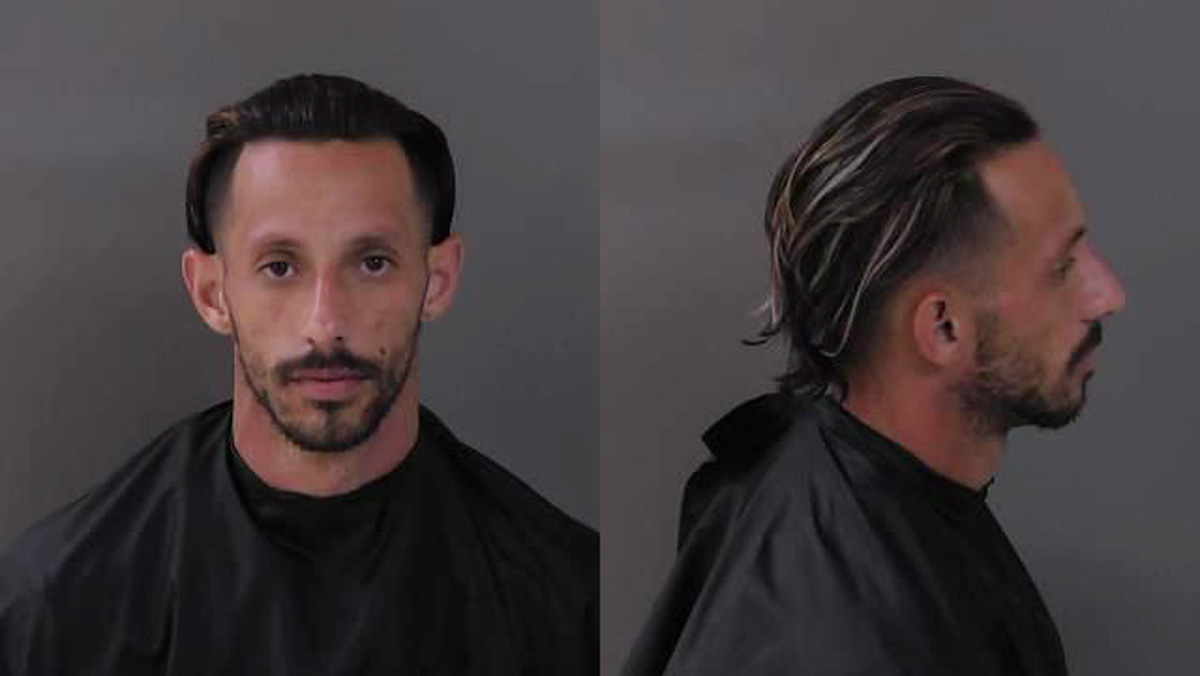 A Sebastian man was arrested and charged with three counts of false imprisonment last Friday after securing a door shut with a drill and screw, allegedly trapping people inside a residence.

According to the affidavit, Christopher Eugene Amoretti, 32, secured the door after the female victim returned to the residence after staying at a hotel for a few days. According to the victim, her personal property was thrown outside, and a room in the home was destroyed when she returned.

“The door that was secured is the only way in and out of the residence as it is an additional apartment on the side of the home,” police said.

While Amoretti was securing the door, the victim said he was “verbally threatening” them, and that’s when they notified the police. The victim said Amoretti only unscrewed the door when he knew the police were on their way.

One of the people inside, a witness, had a similar account of the events. They also used their cell phone to record the incident through the peephole in the door, which showed Amoretti using a drill and securing the door with a screw.

“I was able to observe a hole in the door frame where there was once a screw. I was also able to observe a drill, appearing to be the same one in the video, about 5-10 feet away from the door in question on the ground,” the officer said.

While being questioned by the police, Amoretti said he installed a bracket on the door a few days prior and used a screw to secure it while he was not home due to theft from the residence.

Amoretti also admitted to using a drill near the door, but it was to remove a bracket entirely from the door so the police would not think people were held against their will. Amoretti denied ever securing the door shut with a screw while people were inside the residence.

Based on statements provided by both the victim and witness, along with video and physical evidence, Amoretti was charged and transported to the Indian River County Jail.