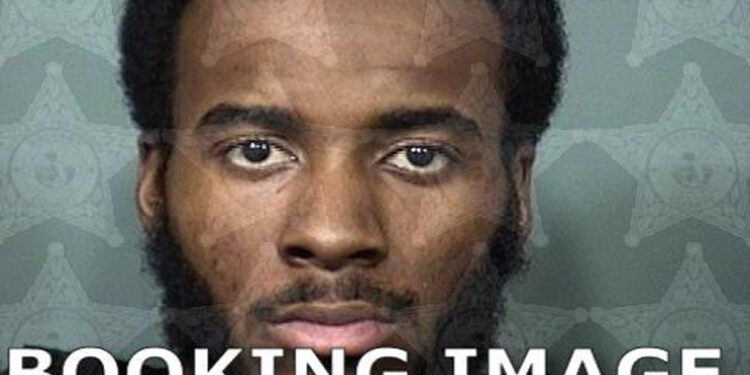 A 23-year-old man was arrested after he shot and killed his ex-girlfriend for not answering his phone calls and texts in Melbourne, Florida.

Police charged Carlos Lemont Jones with first-degree murder and for use of a firearm in commission of a felony. He is currently being held without bond on the murder charge, and $5,000 for the firearm at the Brevard County Jail.

On Tuesday, at approximately 7:48 a.m., officers received a call about a gunshot victim lying face down unresponsive in the carport of her residence. The victim, identified as Sha’Dayla Johnson, was transported to Holmes Regional Medical Center, where she could not be resuscitated and died due to the gunshot wounds.

Johnson’s father, who also lived at the residence, told police he was sitting in the living room when he heard a series of gunshots, prompting him to peer out the window. He recognized Jones, his daughter’s ex-boyfriend, and watched him drive off in his vehicle following the shooting.

Later that day, Jones turned himself in and admitted to the shooting.

“He woke up that morning in an angry state because Sha’Dayla had not been answering his phone calls or texts,” an officer said.

Jones planned to shoot and kill Sha’Dayla Johnson. He said he knew she had to work at 8:00 a.m., so he drove to her home just after 7:30 a.m. to confront and kill her. Jones said they exchanged a few words when she exited the front door, and he shot her in the back 15 times as she walked away.

Following the shooting, Jones said he fled home and changed his clothing, discarding them in a dumpster at his apartment complex. He then drove on I-95 and threw the gun and magazine out the passenger side window.

Jones told investigators that he was not remorseful, and if he had to do it again, he would have killed her father too.

A person convicted of first-degree murder under Florida law faces a capital felony, which results in a maximum of life imprisonment without the possibility of parole, and in rare cases, a convicted person may face the death penalty.