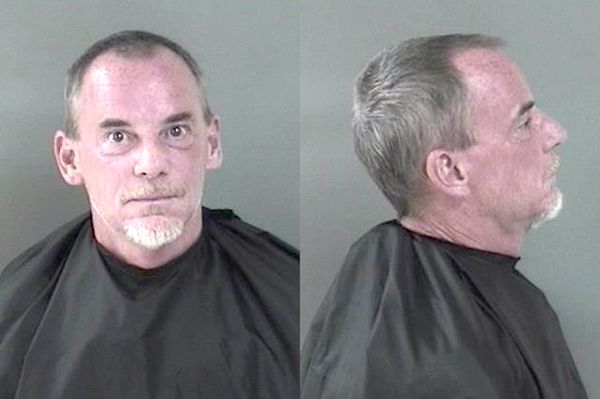 VERO BEACH – The Vero Beach Police Department received a call about a drunk driver running over mailboxes on 34th Avenue.

As Vero Beach officers arrived, a witness flagged them down and pointed to a Ford F-250 pickup truck, according to the report.

David Allen Kreinbring, 50, was in the driver’s seat of the F-250 pickup as it sat in the middle of the road.

Police made contact with Kreinbring as he was trying to start the Ford pickup truck.

An officer asked the driver to take the keys out of the ignition and step out of the F-250 pickup.

While walking towards the police cruiser, Kreinbring stumbled several times as the officer detected a strong odor of an alcoholic beverage coming from his person.

Kreinbring, who told police he works as an engineer, told police “I’m Drunk” when asked if he would perform some tests to determine his impairment, the report said.

Kreinbring said he had two beers during the night in Vero Beach. He was arrested and transported to the Indian River County Jail where he was charged with DUI.

At the jail, Kreinbring submitted three breach samples. The results were .357, .393, and .387. The samples were four times more than the legal limit.

Kreinbring was previously arrested by the Vero Beach Police Department in 2014 for DUI.