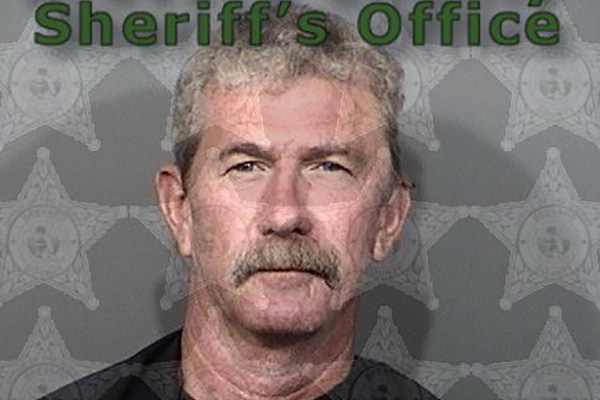 A man was arrested Tuesday after he “kicked and punched” his roommate while he was on the toilet, according to the Brevard County Sheriff’s Office.

The victim told deputies that his roommate, 53-year-old Gregory Scott Jeffries, of Micco, entered the bathroom and caused an abrasion above his left eye that was bleeding and marks on his chest where he was kicked, according to the affidavit.

“He was sitting on the toilet when Mr. Jeffries entered. Mr. Jeffries kicked and punched him while he was in the bathroom of the residence,” deputies said.

Jeffries left the residence before deputies arrived. However, about an hour later, Jeffries returned to the residence after deputies left and confronted the victim again.

Fearing for his safety, the victim hit Jeffries in the head with a baseball bat.

“The investigation determined [the victim] was acting in self-defense after Mr. Jeffries returned to the residence where he threatened violence,” deputies said.

Jeffries is already on supervised probation for five years after committing a battery on an elderly person 65 years or older.

Jeffries was charged with Battery, Simple Assault Intent to do Violence and Violation of Probation. Bond was set at $2,000.