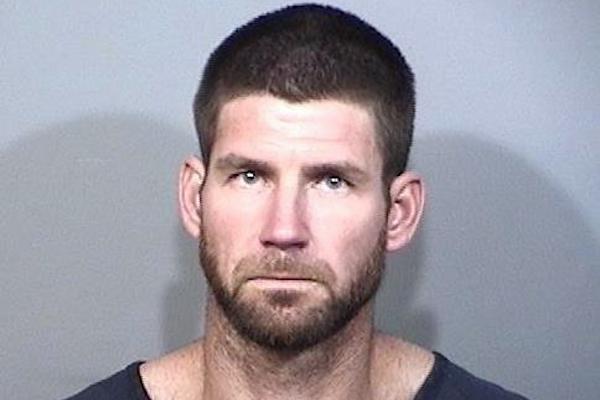 MICCO – The Brevard County Sheriff’s Office received a call in reference to a battery at a residence in Micco.

The victim told deputies that she was at home using her cell phone when her estranged boyfriend, 32-year-old Timothy Albert Yates, came into the backyard from the adjacent neighbor’s yard in Micco and confronted her.

Yates was carrying a large fixed blade hunting knife in his hand. While he never removed the knife from its sheath, he made it known that he had it by showing the knife to the victim.

Yates accused his estranged girlfriend of calling the police on him about another incident, and he wanted to know why. He then grabbed the victim’s cell phone and smashed it on the ground.

The subject then grabbed the victim’s neck as she began to scream. The victim stated that it was hard for her to breath, but she continued to scream until Yates left the scene.

Yates was arrested and booked into the Brevard County Jail for Aggravated Battery on a Pregnant person (DV), Burglary of a dwelling (armed), Burglary with an assault, Tampering with a victim and Violation of a No Contact Order against the victim.

While in jail, Yates contacted the victim via a three-way phone call and spoke with her at length about the criminal investigation against him. He then received her phone number and proceeded to call her seven more times despite the no contact order in place.

Vero Beach gets another visit from Katharine

Fellsmere Man Tells Deputy ‘Get Off My Property, I Have A Gun’

Fellsmere Man Tells Deputy 'Get Off My Property, I Have A Gun'