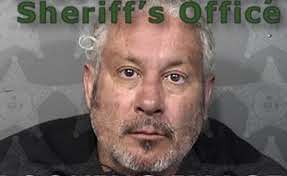 A man was arrested late Friday night in Micco after he poured water over his girlfriend and removed her from the bed, according to the Brevard County Sheriff’s Office.

Deputies arrived at the residence where the female victim was “visibly wet” and shaken by what had occurred.

The victim identified her boyfriend as Robert William Schalk, 57, who was still inside the residence.

Schalk refused to answer the door for law enforcement but eventually exited the residence to speak with deputies.

“Upon making contact with Mr. Schalk he stated that nothing happened and everything was alright. He refused to provide a statement,” the deputy said.

Based on the victim’s statement and the fact she was wet from the water, deputies charged Schalk with Battery Domestic Violence and transported him to the Brevard County Sheriff’s Office. He was later released after posting bond.

Roseland Pumpkin Patch is open and ready for customers through Nov. 1