Man tosses clothing around Captain Hirams before jumping into lagoon 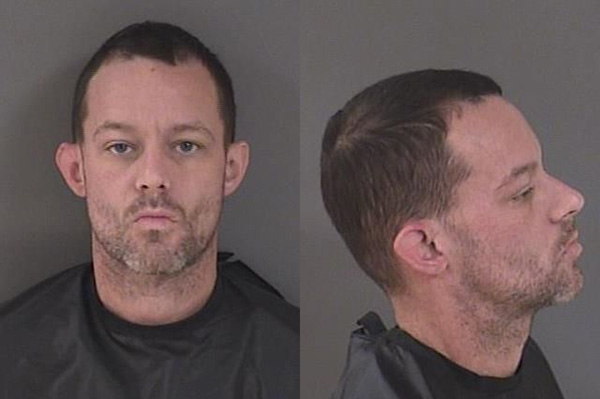 A man who was turned away Thursday from renting a room at the Captain Hirams Resort was so upset that he threw his clothing all around the restaurant and jumped into the Indian River Lagoon, police said.

Sebastian Police Department received a call around 3:00 p.m. about a man acting agitated and refusing to leave the restaurant. The man then jumped into the lagoon after staff advised him that the police were on the way.

Upon arrival, officers observed a man swimming in the water towards one of the islands.

“I observed there to be multiple articles of clothing and a large clear trash bag on the floor near the bar, containing clothing and various other items,” the officer said.

Management told police that the man, later identified as James Michael Bowen of Melbourne, was at the hotel front desk trying to check into a room. The staff advised Bowen that the hotel was full. Bowen then tried to use the hotel’s computer but was told to leave. He then walked over to the restaurant on the water, according to the affidavit.

“The male came inside and asked to charge his iPad. [Restaurant staff] advised the male began to take all of his clothes and other items out of his bag and then began to throw them around the bar,” police said.

When the staff told Bowen that police were on the way, he left and jumped into the lagoon near the docks and marina.

A kayaker and a larger boat rescued Bowen near Squid Lips, where he was detained.

“The subject appeared to be under the influence of an unknown substance due to the fact that he was swaying, breathing heavily, and fidgeting,” the officer said.

Bowen was arrested and charged for Disorderly Conduct and transported to the Indian River County Jail, where his bond was set at $500.