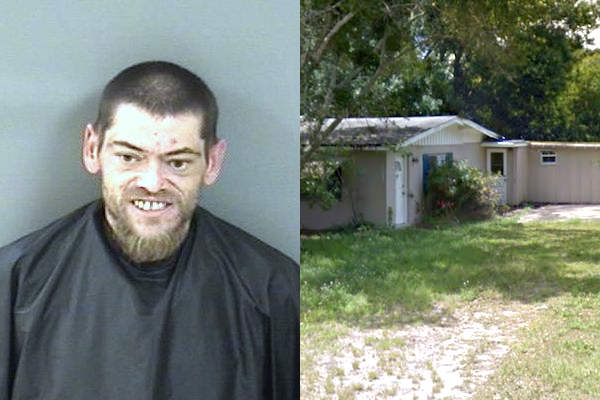 VERO BEACH – A 31-year-old man told law enforcement he was supposed to meet a woman from the DEA on a rooftop of someone’s home in Vero Beach, according to the Indian River County Sheriff’s Office.

Jacob Johnson Futch was seen yelling in the streets of a residential neighborhood and stomping on the roof of someone’s home, the report said.

The resident said him and his three children were awoken by Futch yelling in the street Sunday morning at approximately 6:00 a.m.

Then, at 8:00 a.m., they heard someone stomping on their roof, so they called the police.

“I made contact with Futch and told him to get off of the roof. He exited the roof using a ladder in back of the residence, which he later advised is how he climbed onto the roof,” the deputy said.

Futch told the deputy that he did not know who lived at the residence and was there to meet someone.

When asked, Futch advised he was supposed to meet a woman on the roof of the residence. He stated that he did not know this woman, but she was with the DEA and wanted to have a meeting with him.

Futch was shaking and unable to stand still. He was unable to make sense of his actions or give a logical reason as to why he was on the roof, according to the report.

However, he did tell the deputy that he injected meth at approximately 2:00 a.m. early Sunday morning.

Futch was arrested on a charge of Trespassing and booked at the Indian River County Jail.