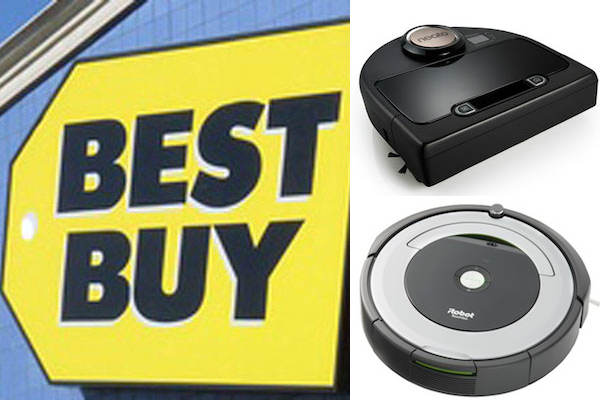 VERO BEACH – The Indian River County Sheriff’s Office is investigating a case from last week when a man tried to leave the Vero Beach Best Buy with multiple vacuums, before spraying the loss prevention officer with MACE pepper spray.

The incident occurred last Wednesday at approximately 6:00 p.m. at the Best Buy store on 20th Street in Vero Beach.

The unidentified white male was seen walking towards the exit with two vacuum robots in his hands. As he approached the exit, the officer asked if he had a receipt for both items. The man turned and ran out the door with the merchandise.

“I attempted to grab both items from his hands. We struggled over both vacuums; at which point, he pulled out MACE and sprayed me in the eyes. I then went blind and was unable to see him any further,” the loss prevention officer said.

Another employee told the deputy that he also saw the suspect walking to the front door with two robot vacuums. He saw the suspect wrestling with the loss prevention officer before spraying MACE.

The man was last seen running to his car and leaving in a hurry.

Coincidentally, one of the retail theft detectives for Indian River County recognized the suspect from another active shoplifting case.

Deputies will be presenting a photo lineup to the two Best Buy employees for possible identification of the Vero Beach man.