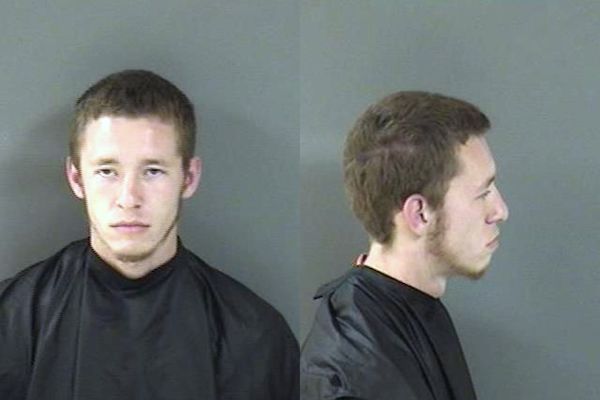 A Vero Beach man was arrested in Sebastian after tossing bags of marijuana out of the window. Contributed photo by Indian River County Sheriff's Office.

SEBASTIAN – A Vero Beach man was arrested after he led police on a high-speed chase on CR-512 in Sebastian while tossing bags of marijuana out the window, according to the Sebastian Police Department.

Tyler Thomas Adams, 19, of Vero Beach, was arrested on charges of Driving on a Suspended Driver’s License, Resisting Arrest, Marijuana Possession, Felony Tamper with or Destroy Evidence, and Felony Flee & Elude in Sebastian.

The incident started Wednesday night at approximately 9:56 p.m. when Adams and two others drove to Sebastian from Vero Beach and were driving on Englar Drive and Schumann Drive.

An officer noticed that the tag on Adams’ Nissan Altima was unassigned to a vehicle and that the plate expired in July of 2017.

As the officer attempted to make a traffic stop, the vehicle made an abrupt turn on South Easy Street and pulled into a driveway of a vacant home on Holden Avenue.

When the Sebastian officer exited his patrol car, Adams drove off northbound on South Easy Street and stopped at Fleming Street to let the two passengers out of the vehicle.

Then, Adams continued to drive on South Easy Street.

“While traveling behind the vehicle I noticed the driver, who was the occupant of the vehicle, began throwing several clear plastic bags out of the driver side window,” the officer said.

Adams blew past a stop sign and drove down South Wimbrow, then went west on County Road 512 (CR-512) with speeds reaching 85 miles per hour.

The vehicle then turned right onto Barber Street before pulling off the road. Adams held his hands out the window.

But as the officer approached the vehicle, Adams took off again, driving on CR-512. Another officer attempted to apply a ramming technique to the vehicle, but Adams continued to drive.

Another officer applied another ram technique which caused the vehicle to come to an abrupt stop in the median on CR-512.

“While trying to remove the suspect from the vehicle, the suspect refused to give me his hands and was yelling ‘F— you guys,'” the officer said.

Police were able to place Adams in custody and then retrieved the plastic baggies that were thrown out the window.

A backpack was also found in the vehicle containing more baggies, as well as a BB gun.

Adams refused to give the names of the passengers he dropped off on South Easy Street.

He was transported to the Indian River County Jail where he remains on a $13,500.00 bond.