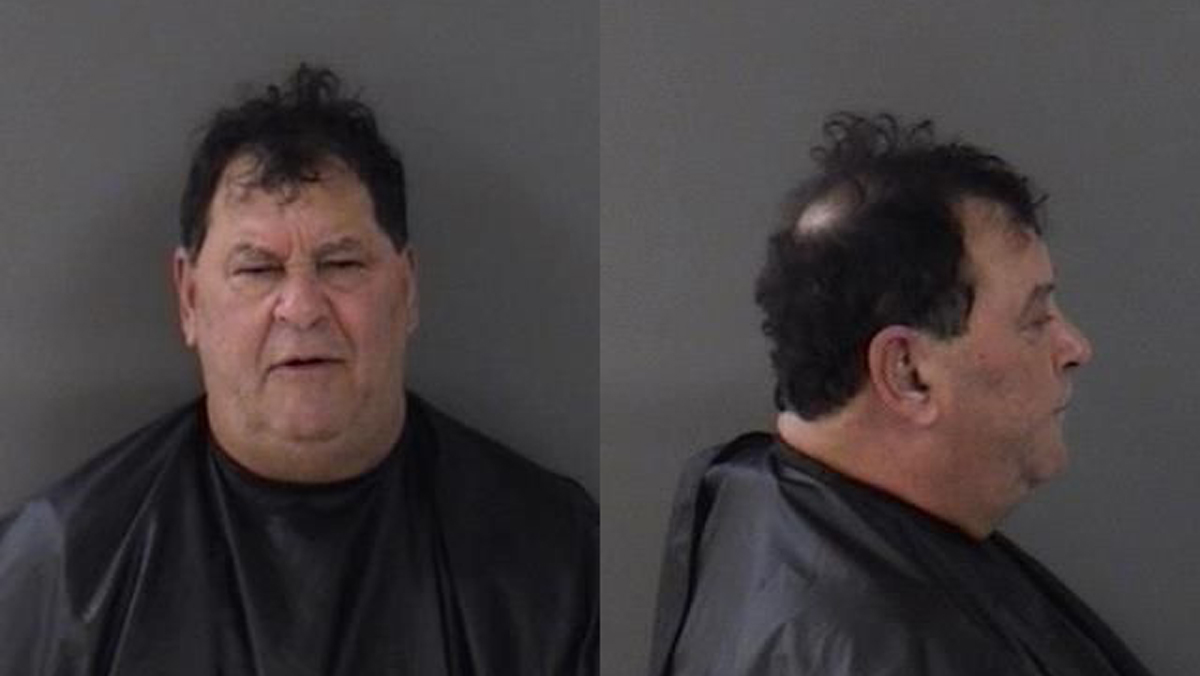 A 64-year-old Sebastian man was arrested on multiple charges after he allegedly punched his wife while she was driving and forced the vehicle off the road by grabbing the steering wheel, according to the Indian River County Sheriff’s Office.

On Thursday at approximately 9:30 p.m., a deputy observed a silver sedan traveling along the dirt shoulder of Sebastian Blvd (CR-512) and a female standing in the roadway yelling for help.

A traffic stop was conducted, and another deputy made contact with the woman yelling for help. The woman said she was in a verbal argument with her husband, Joseph Capelli, of Sebastian, when he became upset and punched her “along the right side of her face” while she was driving, according to the affidavit.

“When she entered the intersection of Easy Street and County Road 512, Joseph grabbed the steering wheel of the vehicle and caused the vehicle to travel along the grass shoulder of the roadway,” the deputy said.

The wife also alleges that her husband struck her forearm when she exited the car and attempted to drive away.

“I observed redness along the right side of her face. I also noticed a 1-inch scratch along her right forearm that was actively bleeding,” the deputy said.

Joseph Capelli slurred his words during the traffic stop as he spoke, and the deputy smelled the strong odor of an alcoholic beverage emitting from his breath. He told the deputy that his Florida driver’s license is suspended.

“Joseph explained that he did not strike his wife but slightly pushed her along the right side of her face. Joseph also stated, while sitting in the passenger seat of the vehicle, that he grabbed the steering wheel and caused the vehicle to exit the roadway,” the deputy said.

While conducting a DUI investigation, Capelli told the deputies to go fu** themselves each time they asked if he would perform to a Standardized Field Sobriety Test.

Capelli was charged with Battery, DUI, Driving While Driver’s License is Suspended, and Refusal to Submit to Testing. His bond was set at $10,000.

“While transporting Joseph, he referred to me as a ‘monkey a** ni****’ numerous times, due to the ethnicity of my skin color,” the deputy said.