Man Gets Injured After Resisting Arrest 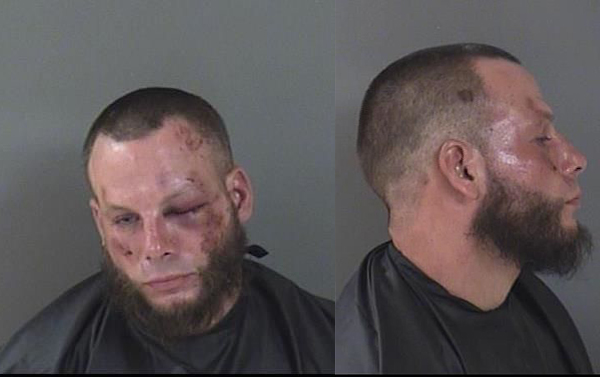 An intoxicated man was injured while resisting arrest during a struggle on the ground, according to the Indian River County Sheriff’s Office.

On Thursday night at approximately 11:15 p.m., a deputy observed a man staggering and having trouble keeping his balance while walking south on Old Dixie Highway.

“Based on this I determined that the male was possibly intoxicated to the point where he was at risk of entering the roadway and being struck by a vehicle,” the deputy said.

The man was identified as 31-year-old Justin Harris Reynolds of Vero Beach. Reynolds told the deputy that he was walking home from Uptown Speakeasy Pub because he didn’t want to drive intoxicated, according to the report.

Deputies attempted to arrest Reynolds when a struggle ensued on the ground. Due to injuries, deputies transported him to the Indian River Medical Center to be medically evaluated.

Reynolds was still swearing, yelling, and making threats to law enforcement officers at the hospital. A deputy tried to talk to Reynolds alone to calm him down, and when doing so, he began kicking the deputy and had to be restrained to the hospital bed.

Hospital staff advised the deputies that Reynold’s had an extremely high blood alcohol level, but they were able to medically clear him, the affidavit said.

Reynolds later apologized for kicking the deputy and said he knew it was wrong. He was transported to the Indian River County Jail. Reynolds was charged with Battery on a Law Enforcement Officer, Disorderly Intoxication, and Resisting Arrest.