Man Charged with Impersonating a Police Officer on I-95 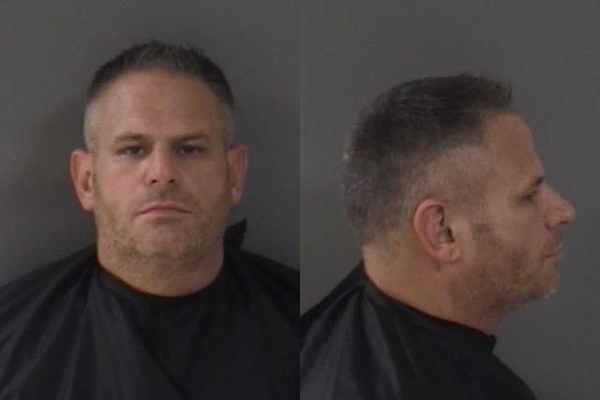 On Monday, Nov. 22, 2021, a New York man was arrested after impersonating a police officer on Interstate 95.

At approximately 4:30 p.m., the Indian River County Sheriff’s Office received a call about a suspicious black SUV traveling at high speeds with flashing red and blue lights. Soon after, a deputy spotted the vehicle on the highway.

“The vehicle was traveling southbound in the inside lane traveling at 95 miles per hour with red and blue lights flashing on the passenger side of the vehicle. I then attempted to make contact with the vehicle making a traffic stop,” the deputy said.

The driver was identified as James J. Tedesco through his New York driver’s license. Tedesco told the deputy he was on his way to a fire in Miami. He admitted that he was not driving an agency vehicle.

“Mr. Tedesco then stated he was employed by Miami Fire Department and retired from the New York fire department,” the deputy said.

Tedesco then stated he worked as a firefighter on 9/11. The deputy then contacted the fire department in Miami and learned that Tedesco medically retired in 2018 and is no longer employed.

As the deputy questioned him a second time, Tedesco admitted he was driving to Miami to go fishing and was no longer employed with the Miami Fire Department. He stated that he lied because he was scared.

Upon searching the vehicle, the deputy located a New York Police jacket and a DEA hat on the back passenger seat.

The deputy then searched the trunk and located two AR-15 rifles, gloves, and 1,139 rounds of ammo. There was also a bag loaded with gas mask equipment and suits.

Tedesco said his neighbor is a New York City Police Officer and that someone was fired from the department, so he gave him the equipment bag.

The deputy also found 38 grams of marijuana wrapped in baggies and brass knuckles in the center console.

Tedesco was charged with Impersonating a Law Enforcement Officer and Marijuana Possession. He is currently being held at the Indian River County Jail on $26,000 bond.

Tedesco is also the son of a Bergen County executive in New Jersey.