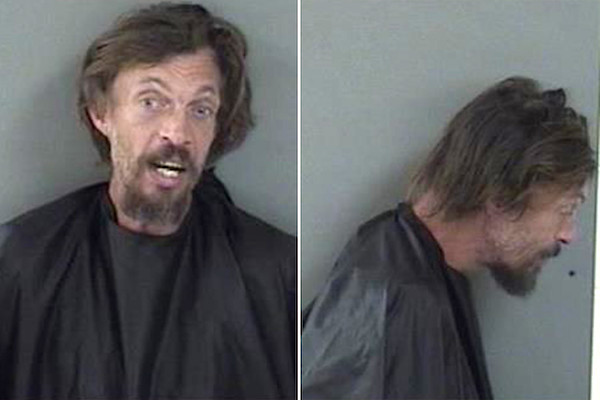 VERO BEACH – A 37-year-old man is accused of beating his disabled girlfriend because he was tired of taking care of her and would rather go to jail, according to the Indian River County Sheriff’s Office.

Patrick Moan, who told deputies he is unemployed, was arrested Sunday for beating the woman, who has no arms or legs, according to the report.

The woman, who is in a wheelchair, was unable to call law enforcement for help because Moan broke her phone two weeks prior.

Moan agreed to wheel her to the Walmart in Vero Beach so she could tell someone what he did. Moan even told a Walmart customer what he did so he “could go to jail.”

The woman told police her boyfriend hits her about two times a month when he drinks but she has never called law enforcement because of her condition.

Moan admitted that he has hit the woman in the past because he is “tired of taking care of her and pushing her in her wheelchair everywhere.”

Moan also told law enforcement that he believed if he confessed: “he would no longer have to take care of her and she would become the state’s problem.”

Moan was arrested and charged with battery and is still being held at the Indian River County Jail.