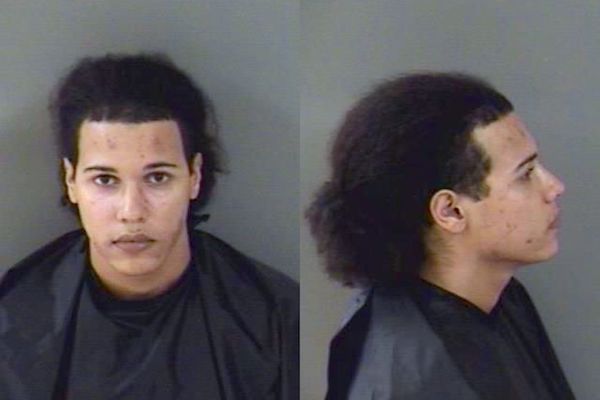 VERO BEACH – A man was arrested after “stomping” and “kicking” a dog that ate his dinner, according to the Vero Beach Police Department.

Jack Deferious Weathers, 25, was charged with Cruelty To Animals, the report said.

Weathers said he arrived home from McDonald’s and was mad that the dog ate his food, according to the affidavit.

Weathers’ finance said he had done this multiple times in the past, but this time she recorded it on her cell phone, according to the report.

“The video showed the defendant holding on to a large filing cabinet to steady himself. The dog is at his feet. He kicks and stomps the dog multiple times. The dog is crying and wailing in pain,” the officer said.

The video was approximately thirty seconds in length. Weathers never stops kicking or stomping on the dog until the video ended.

The dog, a female Husky, named “Star,” was inspected and had a small laceration on its side. Weathers’ parents took the dog to a vet for an examination.

Weathers was transported to the Indian River County Jail where he is still being held on $7,000 bond.