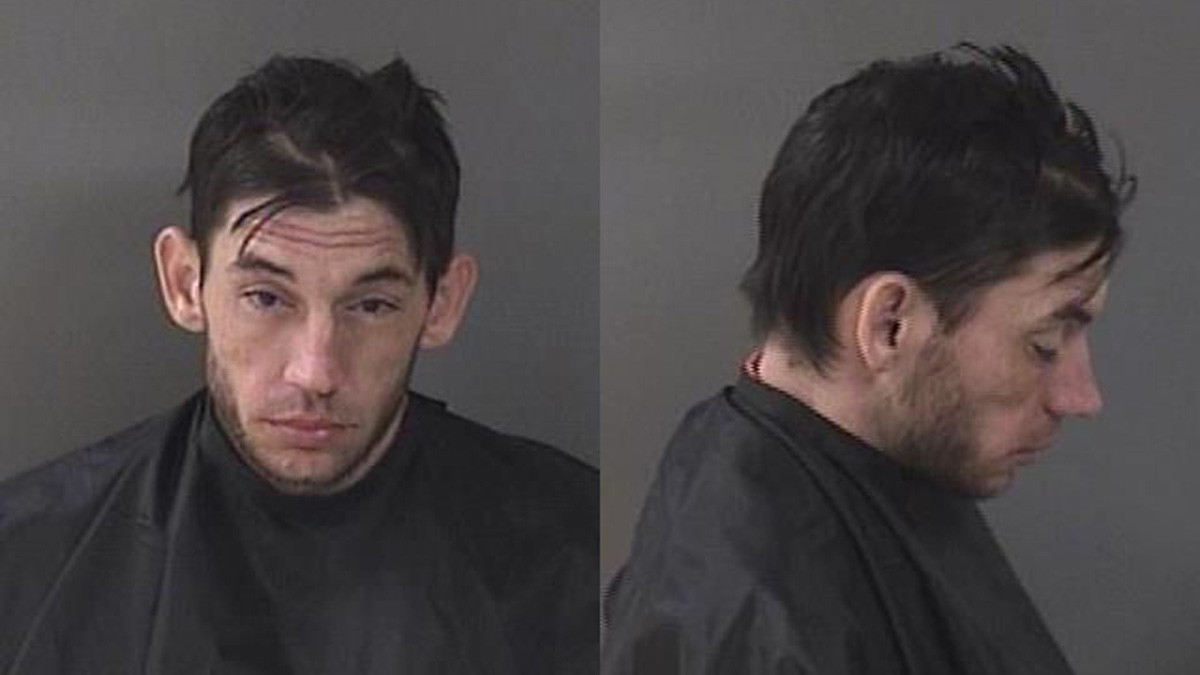 A Sebastian man was arrested after witnesses say he was trying to break into several vehicles in the Publix parking lot located at 1451 Sebastian Boulevard.

On Saturday, at approximately 9:15 p.m., the Sebastian Police Department arrived in the parking lot after receiving calls about an auto burglary in progress.

Later identified as 34-year-old Glen Michael Straw, the suspect was hiding in a vehicle that belonged to a Publix employee.

“The defendant was located crouched down in the back seat of a black Chevrolet Impala car. The suspect was ordered several times by officers on scene to exit the vehicle. Initially, he refused and finally exited after being warned that he was going to be bit by a police K9,” the officer said.

Officers searched Straw and found a glass tube with burnt ends filled with copper color mesh on one end of the tube and a small clear plastic bag containing white crumb-like residue that tested positive for cocaine.

The Publix employee told police that she did not give the suspect permission to be inside her vehicle.

Straw told police he went to Publix to buy groceries, then couldn’t find his car. He said he was looking for his vehicle by checking various cars in the parking lot.

“He could not explain how he ended up inside the victim’s car. He insisted that he did not steal anything, nor did he break into any cars,” the officer said.

Straw further stated to police that he “has been awake for three days using drugs,” according to the affidavit.

He was transported to the Indian River County Jail for processing.