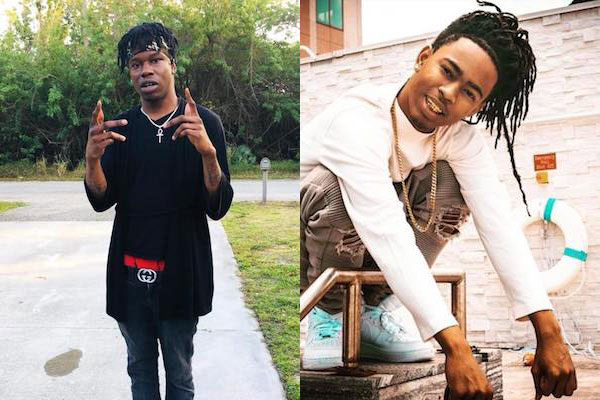 VERO BEACH – Up and coming rappers Christopher Thomas Jr., a.k.a. YNW Juvy, and Anthony Williams, a.k.a. YNW Sakchaser, were both shot dead on Friday while in South Florida.

Thomas, from Gifford, was only 19-years-old, and Williams, of Fort Pierce, was 21-years-old.

They were both last seen alive in Fort Lauderdale at approximately 3:20 a.m. on Friday police said.

Close friend YNW Melly, born Jamell Demons, who is also from Gifford has confirmed the death of his friends on Twitter.

“They Took My Brothers From Me Over Jealousy I know y’all watching over me it’s #ynw4l and after, they wanna see me break down and stop or in jail or a box but my n***as still need me they parents need me they family need me till we meet again my slimes.”

Thomas and Williams arrived at Memorial Hospital Miramar in a Jeep. There were three men inside, including the victims, and the back window was broken out, according to reports.

Jana Thompson, the mother of YNW Sakchaser, went to Facebook to ask his friends to please attend her sons funeral:

All I want is…
If you knew my Son…
That you show up at his funeral. That will make my heart smile to see how my Son impacted the lives of others. No matter what age. I have lived in Florida for 7 years and I stayed to myself so I don’t know half of the people that my baby knew and I just want to be apart of everything about him.
Long live Ynw Sakchaser

According to Hip Hop Overload, there are reports that the shooting was a robbery gone wrong. The rappers are said to have tried to fight back, causing them to lose their lives.

We encourage you to call the Broward Crime Stoppers at (954) 493-TIPS ext 8477, if you have any information that would be helpful to this case. You can remain anonymous and may be eligible for a reward.