Intoxicated Woman Gets Car Stuck On Railroad Tracks in Sebastian 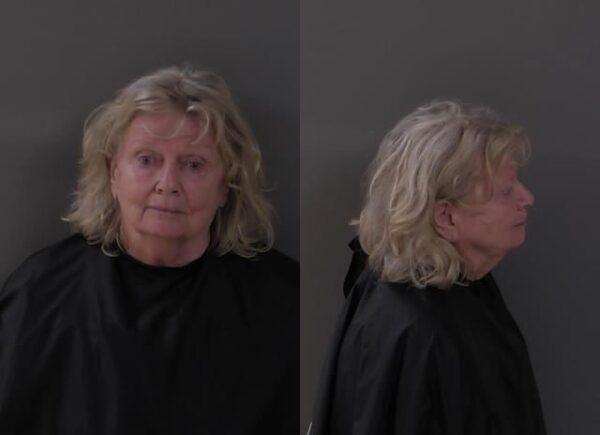 An intoxicated woman said she was trying to find Interstate 95 when she somehow managed to get her car stuck on the railroad tracks near the intersection of U.S. Highway 1 and Sebastian Boulevard (CR-512).

Donna Hanbidge, 78, of Delray Beach, told the Sebastian Police Department that she made a wrong turn driving east. Hanbidge told the officer she was driving to the state of Virginia.

But then the police officer noticed two beverage cans labeled “Big Little Thing IPA” in the vehicle. One of the cans was empty; the other was about half full, sitting in the car’s center console. The cans were labeled to have a 9.0% alcohol content.

When the police officer asked her to step out of the vehicle, she was unable to do so by herself. According to the affidavit, she was unsteady on her feet and was swaying back and forth.

When the officer asked if Hanbidge would perform any standardized field sobriety tests, she stated “no.” Hanbidge also refused to provide a breath sample.

When running a query of Hanbidge’s driver’s license, the officer found out it was revoked in Virginia indefinitely due to a 3rd DUI conviction in 2015. She was also on probation, which stated no alcohol or illegal drugs.

Hanbidge was transported to the Indian River County Jail, where her bond was set at $15,000. She posted bond the next day.