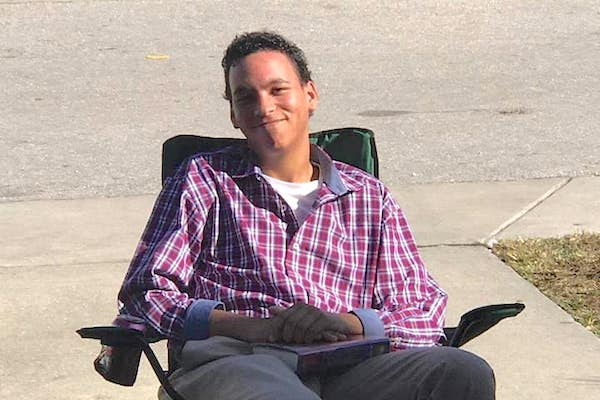 VERO BEACH – It’s been more than a year since Desmond Johnson was found dead after being hit by a truck while skateboarding on 58th Avenue.

“Where’s The Justice? IRC States Attorney, Prosecutors, Law Enforcement, you have all the evidence you need, why aren’t you telling this mother and family something, why aren’t you doing something,” Linda Morgan, a friend of the Johnson family, told Sebastian Daily.

Morgan and others are worried that the case may go cold. They argue that it shouldn’t take this long to bring someone to trial for a crime they believe he confessed and committed.

After doing some investigating of our own, we found out that Francisco Magana Cendejas is still charged with “Felony – Leave Scene of Accident w/Death,” and there have been a few court proceedings already.

Witnesses say a red truck passed them on 58th Avenue at a high rate of speed right before the crash scene. The entire front left quarter panel was of the truck was torn away. They saw two men picking up the pieces of the red truck.

A few days later, Magana Cendejas’ passenger saw our news article about the body of a 19-year-old found near 58th Avenue. He approached Magana Cendejas, but was told he hit a hog in the roadway.

After some discussion, Magana Cendejas promised to contact the Sheriff’s Office the following day about the crash. He never did, so he was called in for an interview with detectives.

Magana Cendejas told investigators that “he knew he had hit a person who was in the roadway but did not see the person when he returned and searched the scene,” according to the report.

Investigators said Magana Cendejas did not call 911 to report the crash involving his vehicle and the pedestrian and ultimately fled the scene because he was scared, according to the arrest affidavit.

Unfortunately, Desmond Johnson’s body was found by his friend and coworkers. Deputies said they drove the route Johnson was known to skateboard on his way to work at McDonald’s twice.

During their search, they first discovered Johnson’s shoes and skateboard on the side of the road on 58th Avenue. They found the body minutes later in a wooded area behind the road.

“Desmond was a very sweet young man; he didn’t deserve his life ending this way at such a young age, we need answers and punishment to the young man that did this,” Morgan said.