Elderly woman says she was robbed, car stolen at bar 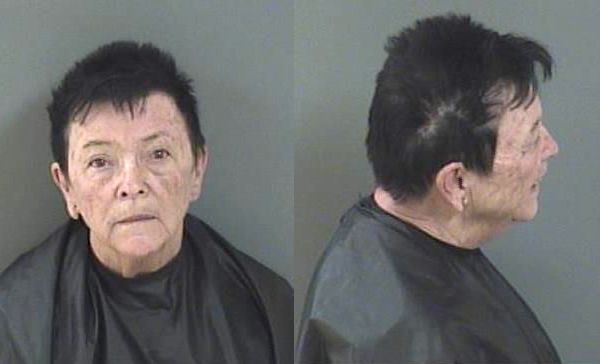 Elderly woman says she was robbed and car stolen at Bottom's Up, but there's more to the story.

SEBASTIAN – On Sunday at approximately 5:45 pm, the Indian River County Sheriff’s Office received a call about an elderly woman walking in and out of traffic near the Sebastian River Medical Center.

A few minutes later, deputies received another call from an elderly woman who was at Ruby Tuesday’s in Roseland claiming she was robbed.

Carol Noble, of Sebastian, told deputies that she had been robbed and that she was missing her vehicle, her purse, and her cell phone. Noble said the incident occurred at Rosie’s Bottoms Up in Micco, according to the affidavit.

“Noble stated she was at Bottom’s Up and had one drink of Pinot Grigio. Upon leaving Bottom’s Up, Noble accepted a ride from two males, and while they were transporting her to Sebastian, they robbed Noble of her personal belongings, including $500 cash,” the deputy said.

The deputy said Noble appeared highly intoxicated and struggled to maintain her balance.

When deputies questioned Noble about her robbery statement, she was unable to provide a description of the two suspects. She began to provide “inconsistent statements such as that she walked to Sebastian and other times she would say she received a ride,” the affidavit said.

Deputies then made contact with Bottom’s Up where employees said Noble was at the establishment with her husband who had her personal belongings. Noble requested they call 911 after complaining of stomach pains and left the bar in an ambulance. Noble’s car was located in the parking lot at Bottom’s Up.

Once at the Sebastian River Medical Center, Noble told the staff that she didn’t need medical treatment, and that “she was only calling 911 to get a ride home,” the report said.

When Noble realized she was at the hospital and not her residence, she became “rude and belligerent and left.” She was seen running through the parking lot and stopping traffic. Noble then ran into Ruby Tuesday’s to report the alleged robbery.

Noble was charged with making a false report, and disorderly intoxication. She was released Monday after posting $1,000 bond.

Sebastian Daily and The Crab Stop of Sebastian Giveaway