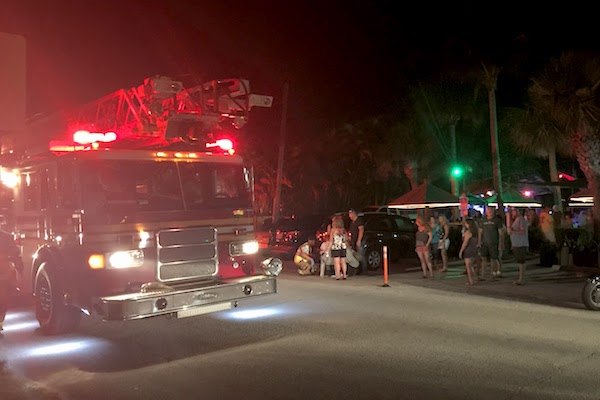 SEBASTIAN – A Sebastian police officer and a gunman were transported to the hospital after several shots were fired inside Earl’s Hideaway Lounge Monday night.

Prior to the Earl’s Hideaway shooting, Sebastian Police received information of a suspect, identified as Ward Kenyon, wanted on a warrant while he was at the 1405 Indian River Dr. location.

“Several officers coordinated an approach to ensure the safety of the officers and patrons of the bar to take him into custody. Upon making contact with Mr. Kenyon, two of the officers began to escort him away from the establishment. As they approached the exit, Kenyon began to struggle with the officers and drew a pistol,” Sebastian Police Commander John Blackledge told Sebastian Daily.

Officer Tegpreet “Preet” Singh attempted to grab the gun to obtain physical control. Officer Singh and Kenyon fell to the floor and fought over the firearm, which was fired by Kenyon.

Officer Braden Nevue drew his firearm and engaged Kenyon simultaneously during the event. Officers gained control of Kenyon and the scene was secured by other officers present.

“They were transported by ground to a local hospital and are being treated for what appear to be non-life threatening injuries. There is no additional information on their conditions or locations at this time,” Blackledge said.

Ward Kenyon was originally charged with aggravated assault with a deadly weapon back in 2015 and placed on probation for 36 months. He was found in violation of probation resulting in the arrest warrant noted above.

A Sebastian police officer never has been shot in the department’s 90-year history, according to Blackledge.

Officers were flagged down by a patron who said Kenyon displayed a gun in the bar.

Kenyon was charged with aggravated assault with a deadly weapon in 2015 in Sebastian and placed on probation for 36 months. He was found in violation of probation resulting in the arrest warrant officers served Monday night.

That case involved another Sebastian bar, the No Name Bar, in the 490 block of U.S. 1, according to court records. Kenyon was charged with aggravated assault with a deadly weapon, battery, disorderly intoxication and tampering with evidence.

“We expect to file additional charges for Attempted Murder of a Law Enforcement Officer, Possession of a Firearm by a Convicted Felon and other possible felonies. The criminal investigation by Sebastian Police Department detectives has not been completed as of time of this release,” Blackledge said.

2 Injured After Shots Fired Inside Earl’s Hideaway In Sebastain