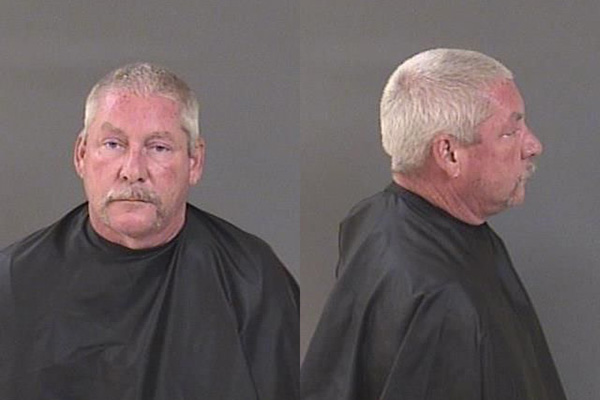 A man was arrested Thursday on charges of Battery Domestic Violence after a conversation allegedly turned physical, according to the Sebastian Police Department.

Officers arrived at the 1000 block of Clearmont Street in Sebastian after the children in the home called 911, the affidavit said. The wife told police that her husband, identified as Briain E. Besaw, 52, was intoxicated after “drinking during the evening.”

“They started out having a conversation on their back porch about problems in their family life. During the conversation, Brian became agitated and told her she was ‘dumber than a box of rocks,'” the report said.

During the argument, Besaw told his wife to get out of the house. The wife told police that when she refused, Besaw pushed a patio chair into her left leg and told her to get out, or he would “kill her,” according to the affidavit.

Besaw took his wife’s cell phone and smashed it into the ground, breaking it. He then threw a drink at her. Officers observed a visible cut on her left shin, police said.

“I examined the back patio which had a chair knocked over and an empty drink on the ground,” the officer said.

Besaw, who works as a plumber in Sebastian, told officers that the two were involved in a verbal fight over ongoing issues. During the fight, Besaw said he pushed his wife to “shut her up” and to get away from her. He admitted to throwing the phone down but said he never touched her during the argument.

Contact was made with their two children, ages 18 and 11.

“They both advised they heard their father cursing at their mother and heard banging, but they didn’t see the physical altercation,” the report said.