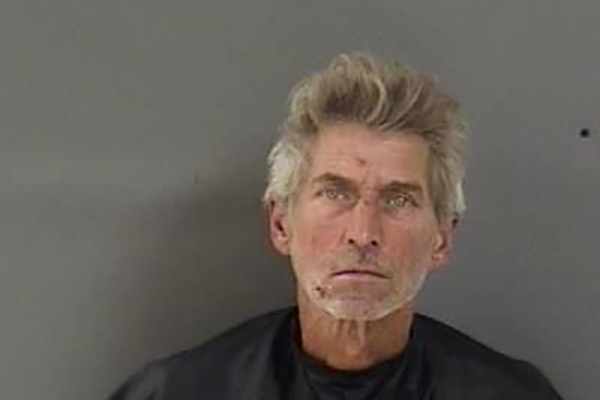 On Saturday afternoon, several people called law enforcement after hearing screams from a woman being beaten in the Riverwalk Shopping Center in Roseland.

Deputies arrived and spoke with a 73-year-old victim who had a small laceration on her nose and lip.

She said her husband, identified as 55-year-old Ronald S. Holsonback, was drinking during the day. The victim said she was by their van and she didn’t know what happened before her husband pushed her and started hitting her in the parking lot, according to the affidavit.

“[The victim] did say that every time Ronald drinks, he hits her when she doesn’t do what he tells her,” the deputy said.

Three witnesses advised that they heard screams in the parking lot area of the plaza and saw Holsonback punching the victim in a Dodge van. As the screaming continued, the witnesses called 911 and walked over to the van to stay with the female until law enforcement arrived.

One of the witnesses told Holsonback to stop hitting the woman and tried to retrieve the keys from the van.

“The suspect then tried to punch him, so the [witness] took him to the ground by his shirt and tried to hold him there, so nothing happened to him or the victim,” the deputy said.

Holsonback told deputies he never hit his wife, and all the witnesses were lying. However, law enforcement had sufficient evidence to charge him.

Holsonback was arrested and charged with Felony Aggravated Battery on a Person Over 65.

The victim told deputies that she and Holsonback are from Tennessee and are looking for housing in Sebastian.