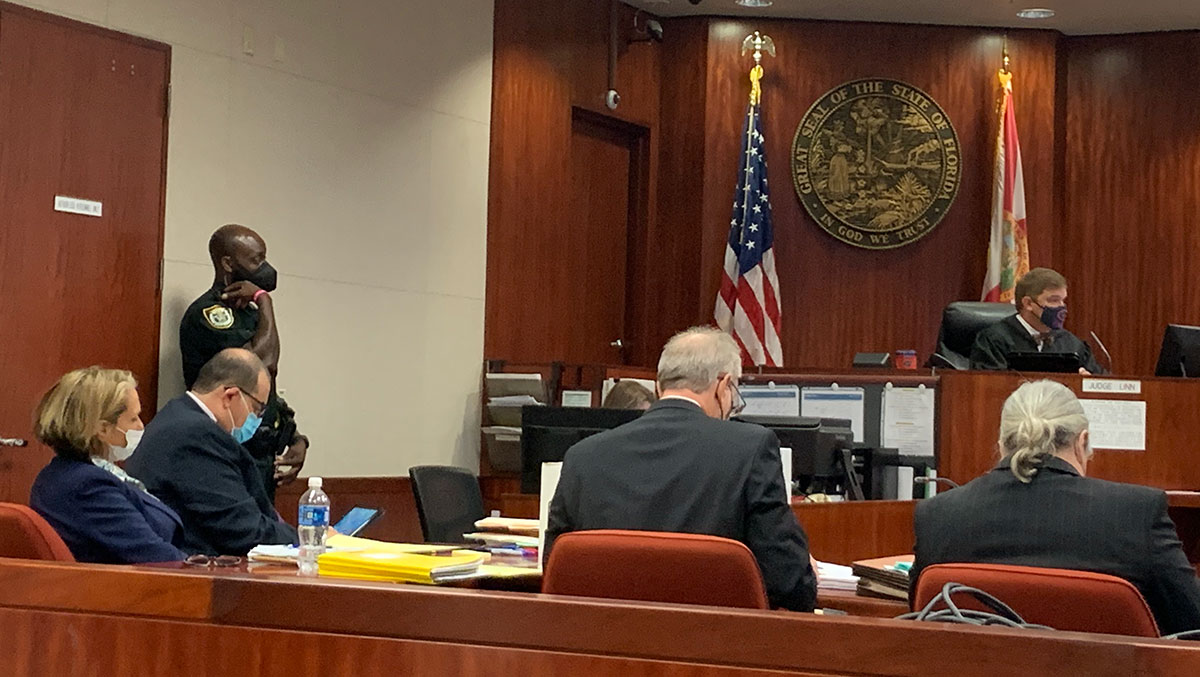 This morning, the judge is listening to pre-trial motions from defense attorneys. Opening arguments will begin after 10:00 a.m.

Gilliams and Parris were arrested on June 17, 2020, after a warrant was issued. The alleged crimes stem from a meeting on April 22, 2020, in what prosecutors say was “illegal.”

A regular scheduled City Council meeting was scheduled for that day, but City Manager Paul Carlisle canceled it after feedback from thousands of residents. Sebastian residents wanted the meeting canceled due to COVID-19 concerns.

However, Gilliams and Parris, along with Vice Mayor Charles Mauti, had a meeting without Mayor Dodd, Councilmember Jim Hill, and the charter officers.

Citizens called the meeting without city staff and charter officers an illegal coup. They believe the 2 councilmembers and vice mayor tried to take over the City of Sebastian by appointing Gilliams as the new mayor and a plan to fire city staff.

Gilliams would host a press conference later in front of city hall, declaring himself as the new mayor with supporters Diana Bolton, Bob Stephen, and Robert Bedea.

Gilliams and Parris were removed from public office on Sept. 15, 2020, during the Sebastian recall. The recall made history, being the first successful recall in the State of Florida and the only one in the nation that removed a majority of council members.

Stay tuned to Sebastian Daily for full details about the trial.