Colorado man happy to be arrested in Vero Beach 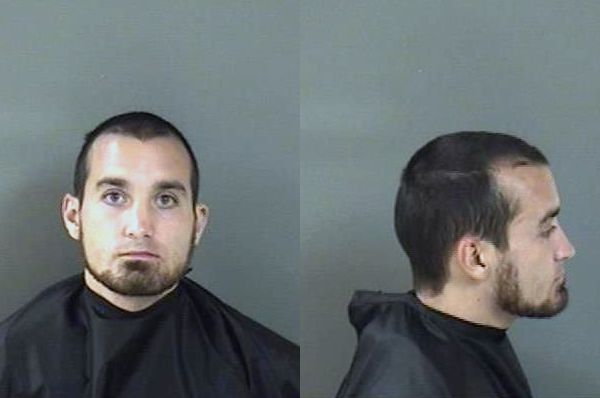 Brian Rishel told deputies it was cool to be arrested in Vero Beach.

A 32-year-old man from Colorado seemed happy to be arrested in Vero Beach after telling police it was “so cool” and that “you guys are so awesome,” according to the Indian River County Sheriff’s Office.

On Saturday at approximately 9 p.m., Brian Rishel was arrested on a charge of Disorderly Intoxication in Vero Beach. His bond was set at $250.00. As of Friday, almost a week later, he is still in the county jail.

Witnesses told deputies that Rishel was stumbling in the road on 43rd Avenue. He almost got hit by oncoming vehicles in the northbound lane.

One witness followed behind Rishel in his vehicle to make sure he wasn’t going to get hit. The witness said Rishel fell twice on the road, according to the arrest affidavit.

A deputy made contact with Rishel and asked if he was ok, but he slurred his words. The deputy could smell the odor of an alcoholic beverage on his breath.

Rishel then told the deputy he lived in Florida, even though his identification showed Colorado.

“This is so cool, and you guys are so awesome,” Richel told law enforcement.

The deputy said Richel just “wanted to party more.” He was then transported to the Indian River County Jail.