Barefoot Bay woman tries to strangle a man, then hits him with a mirror 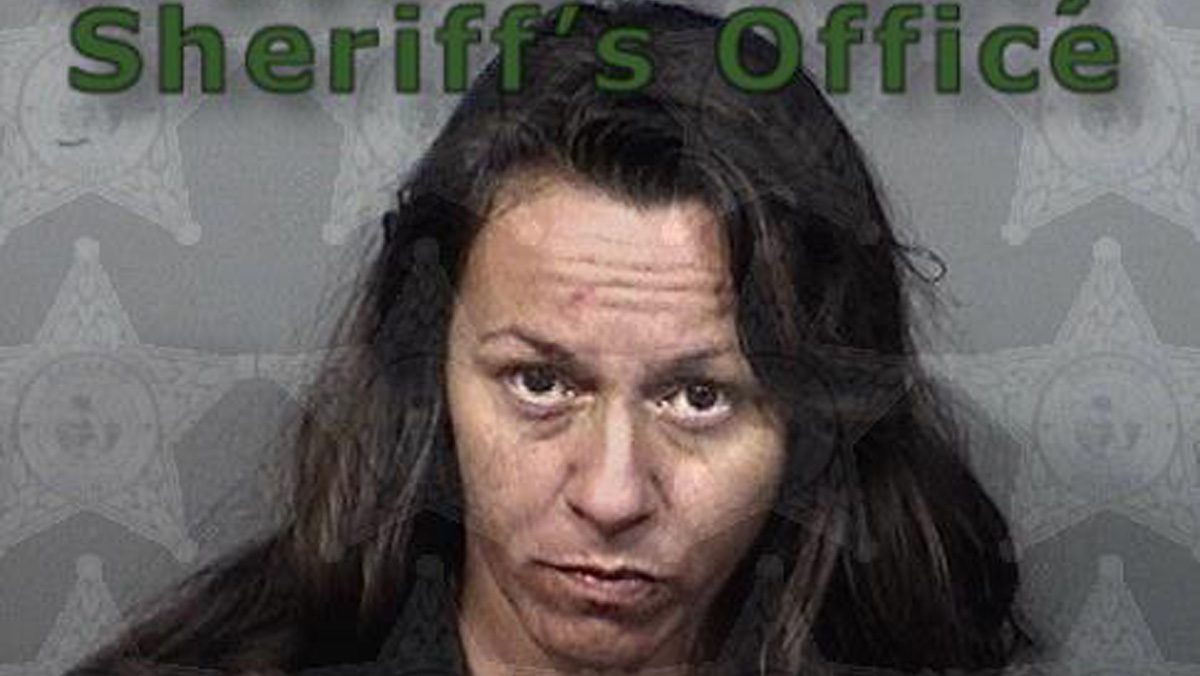 On Monday, a woman in Barefoot Bay was arrested after she allegedly tried to strangle a man, then took a mirror off a wall and hit him over the head with it, according to the Brevard County Sheriff’s Office.

Deputies responded to the 700 block of Barefoot Boulevard where a man was bleeding and accusing his roommate of striking him, the affidavit said.

According to the report, the victim told deputies the woman, identified as 38-year-old Elizabeth Louise Walden, had moved out of the residence a day prior after living with him for approximately one week.

Walden then returned to the residence to eat, and while she was there, an argument escalated.

“He stated she was trying to choke him, although he never lost consciousness or the ability to breathe. He then pushed her away from himself, at which point she grabbed a mirror off of the wall and hit him over the head with it,” the deputy said.

The victim said he started bleeding and pushed her out of his residence. During the struggle, Walden “flailed around, punched, and kicked him multiple times.”

Paramedics responded to the scene and provided medical treatment.

Deputies then spoke with Walden, who stated an argument occurred after the victim displayed “erratic behavior.” She claims that the victim charged toward her and grabbed her wrists.

According to the affidavit, she was unable to describe the event in detail but said she grabbed the mirror and hit him over the head with it. She said the victim then picked up the mirror and charged toward her with the intent to harm her. She then exited the residence.

“It should be noted, I did not observe any injuries to the defendant’s person, and she refused to be treated by BCFR (Brevard County Fire Rescue),” the deputy said.

Walden was charged with Felony Aggravated Battery and transported to the Brevard County Jail, where her bond was set at $15,000.

Did Sebastian get 60 new COVID-19 cases on Monday? We explain.

Guidelines for Traveling on Thanksgiving During COVID-19

Guidelines for Traveling on Thanksgiving During COVID-19