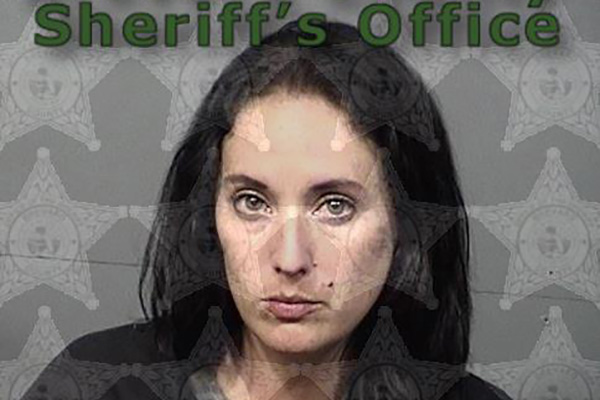 Crystal Lee Floriano allegedly tried to attack her boyfriend with a pair of scissors in Barefoot Bay.

A woman threatened a man with a pair of scissors in Barefoot Bay while grabbing his neck, according to the Brevard County Sheriff’s Office.

According to deputies, 35-year-old Crystal Lee Floriano approached her boyfriend during an argument with a pair of scissors. She then grabbed his neck with her free hand, leaving a red mark. The victim tried backing away and punched a door above her head. She said it happened during an argument.

“It should be noted that the defendant admitted to consuming multiple alcoholic beverages, and stated she consumed them during the argument. Empty alcoholic beverage bottles were observed inside her vehicle,” the deputy said.

Floriano told deputies that her boyfriend cornered her during the argument.

Deputies observed a small laceration and a red mark on the left side of the victim’s neck, according to the report.

Floriano was arrested and charged with Battery Domestic Violence and transported to the Brevard County Sheriff’s Office for processing.

Tropical disturbance to move through Sebastian by Friday