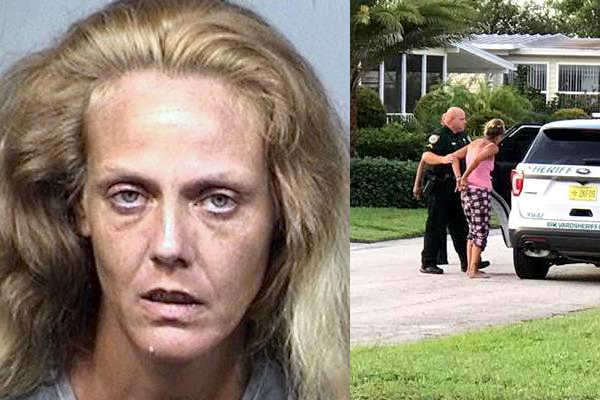 Woman breaks into a Barefoot Bay home and strikes victims while at the residence in Micco.

MICCO – On Thursday, the Brevard County Sheriff’s Office received a call from a Barefoot Bay resident about a woman entering their home and striking the victim multiple times.

Tabitha Jean Brownell, 37, who lives in the 400 block of 446 Marlin in Barefoot Bay, entered another residence located on Wren Circle through a Florida room and charged two people while flailing her fists.

“At no point in time was the defendant permitted or authorized to come into the said residence,” the deputy said.

Brownell then charged the male occupant at the home and began hitting him in the face and stomach.

“She then grabbed his hair and began striking him with closed fists in the face and stomach,” according to the report.

While she was hitting the male victim, the other victim told Brownell to leave the multiple times.

As the male victim attempted to move Brownell outside of the residence, the female victim intervene and convinced her to release the man’s hair and stop punching.

The female victim, who is 3 to 4 months pregnant, was then punched by Brownell in the stomach.

Brownell then fled to another residence where she was subsequently located and taken into custody.

Brownell was arrested and transported to the Brevard County Jail on charges of Burglary with Assault, Aggravated Battery on a Pregnant Woman, and Battery.