Barefoot Bay woman accused of stealing $1,200 in merchandise from Winn-Dixie 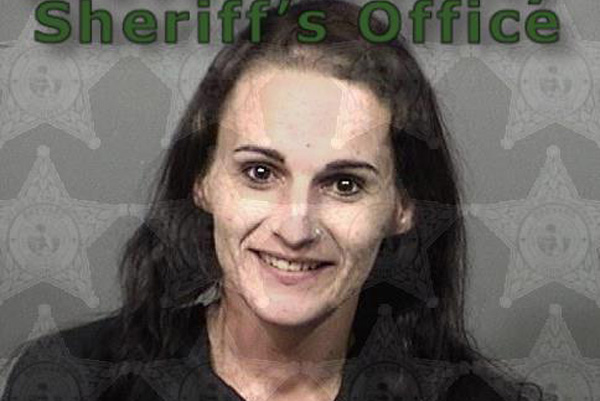 A Barefoot Bay woman was charged with stealing more than $1,200 from a Winn-Dixie store, claiming she was thinking about her children for Thanksgiving and Christmas.

Brevard County deputies responded to the store on Wednesday at approximately 8:45 p.m. about a woman loading a gold-colored Mercedes Benz with stolen Winn Dixie merchandise.

According to the affidavit, the store manager told deputies that a customer reported the incident after observing the woman pushing the grocery cart out the door without the items bagged. The witness then watched a truck pull up to the Mercedes and heard the woman tell the driver, “I walked out” with the merchandise.

The woman, identified as 34-year-old Candace Leigh Carbone of Barefoot Bay, told deputies that she did enter Winn-Dixie without any money to purchase the goods.

“She entered the store with the intent to steal food and cleaning supplies. While inside, she thought about Thanksgiving and Christmas and stole items for her children. She admitted to taking the items without ever approaching the points of sale. She exited the store and began to load up the gold Mercedes,” the deputy said.

Deputies then reviewed video surveillance from the store and observed Carbone pushing the cart full of miscellaneous items out the door without paying.

The total amount of merchandise returned to the store was $1,174.99.

Carbone was charged with Grand Theft Shoplifting and was transported to the Brevard County Jail for processing.