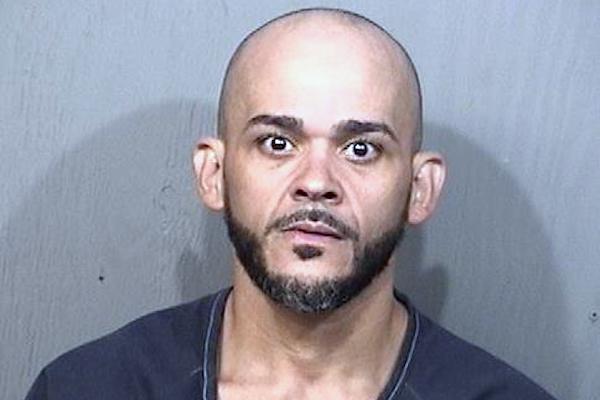 MICCO – A 43-year-old man was arrested in Barefoot Bay by the Brevard County Sheriff’s Office after pawning items he stole during a residential burglary.

On Sunday, the Brevard County Sheriff’s Office responded to a residential burglary in the 1100 block of Waterway Drive in Barefoot Bay.

The victim told deputies he was in Florida last month because his brother passed away from a heart attack. When they returned to his brother’s home on Sunday to clean, they found several items missing.

The home was is complete disarray, but there didn’t seem to be any signs of forced entry.

Some of the items stolen was a Victorian Cross gifted to the family that dates back to the late 1800’s, a flat screen television, several original sketches of Disney characters, and trumpets, according to the report.

Then, deputies got a break in the case. The victim called and said he located his brother’s trumpets and the Victorian Cross at the Warrior Pawn Shop in Sebastian.

Cesar Andres Villanueva, who lives in the 700 block of Lark Drive in Barefoot Bay, was identified as the suspect who pawned the stolen items.

Villanueva also pawned other merchandise, such a 2 gold rings, a Masonic war medal, and six porcelain dolls that were stolen from the residential burglary in Barefoot Bay.

Villanueva was charged with Dealing in Stolen Property, False Verification Ownership Secondhand Dealer, and Grand Theft. Bond is set at $23,000.00.