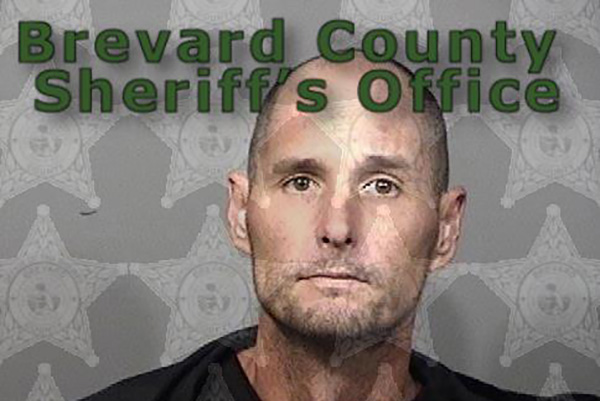 Deputies say a man threw a Lysol can at this mother for not reading the Bible with him, according to the Brevard County Sheriff’s Office.

The incident took place last Wednesday, March 25th, at approximately 8:30 p.m. when law enforcement received a call at a Barefoot Bay residence regarding a disturbance.

Deputies arrived at the 1100 block of Barefoot Circle, where they met with the victim. The victim, which is the defendant’s mother, said her son, identified as Daniel P. Tessier, has been acting very aggressive toward her and “getting into her face,” according to the affidavit.

The mother said Tessier threw a Lysol can at her, striking her on the lower shin because she would not read the Bible with him, the report said.

Tessier, 38, then became angry with his mother and “punched her in her left upper thigh several times while she was sitting down during an argument,” the affidavit said.

“They began to argue again, and Mr. Tessier, who was parked alongside [his mother’s] vehicle, struck her driver’s side door with his door repeatedly and purposely causing a large dent before leaving the area,” the deputy said.

The deputy took pictures of the mother’s injuries and the dent left in her vehicle.

Not long after, Tessier returned to the residence and confessed that he threw the Lysol can and punched his mother on her leg about “four to five times” with an open hand and a closed fist. He also admitted to damaging his mother’s vehicle.

Tessier was arrested and charged with Battery Domestic Violence and Criminal Mischief.