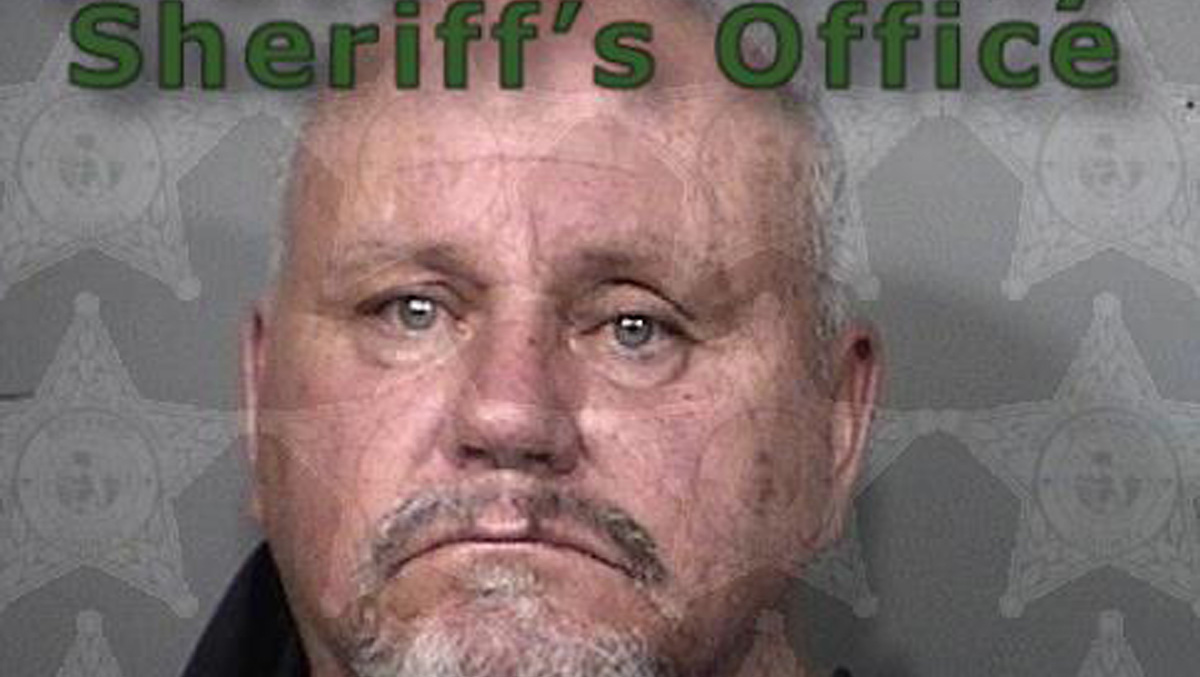 The Brevard County Sheriff’s Office arrested a man from Barefoot Bay after he followed, harassed, and threatened his former girlfriend repeatedly.

The victim said she was in a relationship with 57-year-old Henry Robert Amos for approximately six weeks. The victim allegedly told Amos she didn’t want the relationship anymore.

On Monday, Amos went to the victim’s residence and began banging on her front door numerous times throughout the day and evening. Then, on the following day, he started going to her place of employment.

“The defendant went to the victim’s place of work and caused a verbal disturbance with the victim, which placed the victim in fear for her safety,” the deputy said.

Amos then stayed in his vehicle for about 45 minutes in the parking before placing a plastic toy skeleton on her vehicle as he was leaving.

The victim called the police about the incident, who contacted Amos, asking him to cease contact with his former girlfriend. About 1 1/2 hours later, Amos called the victim’s job numerous times.

The victim contacted the police again, and they issued a Trespassing Warning to Amos.

About an hour after the Trespass Warning, Amos went back to the victim’s place of employment and entered the front door wearing a blue bandana, jeans, and a t-shirt.

“The defendant placed the bandana across his face in an attempt to conceal his identity. The defendant approached the victim in an aggressive manner, pointing his finger at the victim, saying, ‘you called the cops… you’re gonna get yours’ before leaving,” the deputy said.

The deputy also said the defendant’s actions placed her in imminent fear for her safety and created a credible threat towards the victim.

Deputies then spoke with Amos, who admitted to returning to the victim’s job and wearing a bandana. When asked why he returned wearing the bandana, he stated he “didn’t want to be seen,” the affidavit said.

Amos was charged with Aggravated Stalking and Trespassing. He was transported to the Brevard County Jail, where he remains on a bond of $50,500.