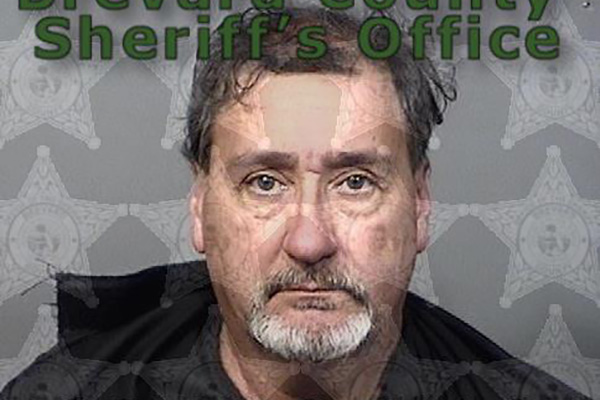 A Barefoot Bay man was arrested Thursday after stealing checks from a 75-year-old homeowner and forging the victim’s signature to cash them at stores, according to the Brevard County Sheriff’s Office.

Robert E. Hainey was staying at a residence located at the 500 block of Marlin Circle as a “house watcher” while the homeowner was visiting family in a different state in October 2019.

The victim told law enforcement that Hainey provided repair services at her home in the past, and she trusted him to watch her home while she was out of town.

“While housesitting, Mr. Hainey located the victim’s checkbook and wrote eight (8) checks to himself and forged the victim’s signature on each check without the victim’s knowledge or permission,” a deputy said.

Hainey presented the checks at a check-cashing store in Vero Beach and received a total of $3,150, according to the affidavit.

Hainey admitted to the theft, forgery, and uttering the forged checks at the check cashing store. He told investigators that he stole the checks to support his drug habit. Hainey also confirmed that he knew the victim was elderly.

Hainey was charged with Forgery/Alter Bank Bill Note Check Draft, Larceny, and Utter Forged Bill Check Draft or Note. He was transported to the Brevard County Jail, where he remains on a $38,500 bond.

Believe in UFOs? People say they saw one again near Sebastian

Believe in UFOs? People say they saw one again near Sebastian