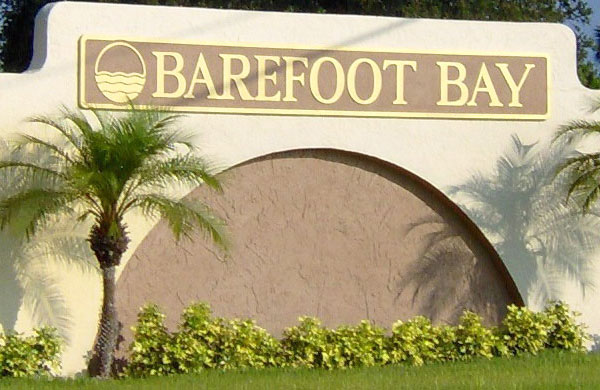 Barefoot Bay, a community in Micco, Florida, is a safe place to live, according to crime rate statistics that were collected a week ago.

A rumor has been going around that Barefoot Bay isn’t a safe place to live because of crime. However, the data doesn’t support this rumor.

“If you look at even the most affluent neighborhoods in the state made up of walls and gated communities, their crime rates are much higher than the Bay,” Roger Compton, Past CVO President and Barefoot Bay Trustee Candidate, told Sebastian Daily.

“Barefoot Bay is a community of neighbors who watch out for one another and are quick to report anything or anyone that’s out of place or doesn’t look quite right,” Compton added.

In addition to vigilant neighbors, Compton says BCSO maintains virtually 24/7 presence here in Barefoot Bay. The average responding to around 400 calls a month and are quick to respond to emergency calls from residents. These calls are much more likely to be to assist a resident than to respond to an actual crime.

“I’ve had the pleasure of living in a lot of communities both in the U.S. and overseas. Barefoot Bay is the first place I have lived where I would have no fear of walking any street in the community anytime day or night,” Compton said.

Also, there hasn’t been a lot of arrests, even though they are posted on Sebastian Daily. The average is about two arrests per month.