2 people shot at on I-95 leading up to arrests in Palm Bay, Florida 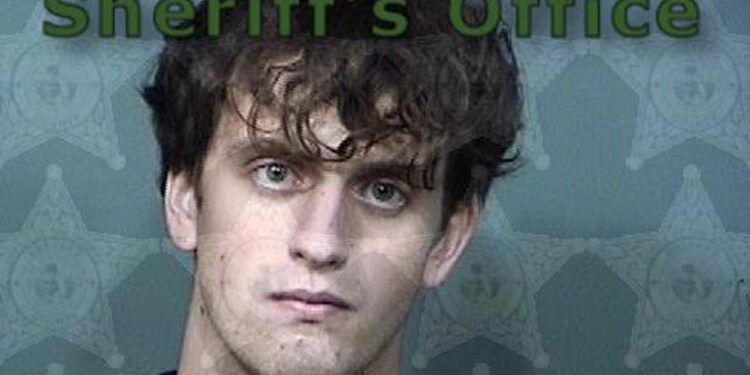 An 18-year-old male and a juvenile were arrested after they shot at a vehicle on I-95 in Palm Bay, Florida. Following the shooting, the victims pulled off the interstate and contacted the Florida Highway Patrol.

Troopers arrived minutes later and issued a BOLO (be on the lookout) for a Honda Pilot vehicle.

The victims told troopers they were driving their Volkswagen Passat in the fast lane on I-95 when they saw a white Honda Pilot traveling at a high rate of speed, cutting in and out of traffic. The driver observed the Honda approaching the rear of his vehicle and began following too closely.

The driver then changed lanes to let the Honda pass. While doing so, the victims observed what appeared to be two men covering their faces.

As they were passing, the passenger rolled down their window, and the victims heard a loud bang and felt the rear window of the Volkswagen shatter. The victims then took a photo of the Honda Pilot and pulled over to contact the Florida Highway Patrol.

One of the victims, a passenger in the Volkswagen, had blood on her face from a bullet or debris passing over her nose. The victim told troopers she “heard a loud bang and saw blood on her face,” the affidavit said.

A deputy with the Brevard County Sheriff’s Office made a felony traffic stop on a vehicle matching the description and removed the driver and passenger from the vehicle.

The driver, identified as 18-year-old Gabriel Boisvert, had an Oregon driver’s license. The passenger was a juvenile wearing a fanny pack across his chest, containing a Glock 43X firearm.

A gunshot residue test was performed on both suspects, and it was determined the juvenile pulled the trigger. The youth admitted to shooting at the vehicle and did not know why he did it. He stated his father had just got out of prison, and he “just needs some help,” the affidavit said.

Boisvert was charged with “Cause Child Commit Act of Delinquency” and “Adult Permits <16 YOA to Possess Weapon.” He was transported to the Brevard County Jail, where his bond was set at $7,000.

As for the other suspect, he was charged, but details about juveniles are kept confidential with the Florida Highway Patrol and the Brevard County Sheriff’s Office.

Sebastian Daily will follow up when or if the juvenile’s name is officially released.

Riverwalk Cafe is opening Thursday for Breakfast and Lunch