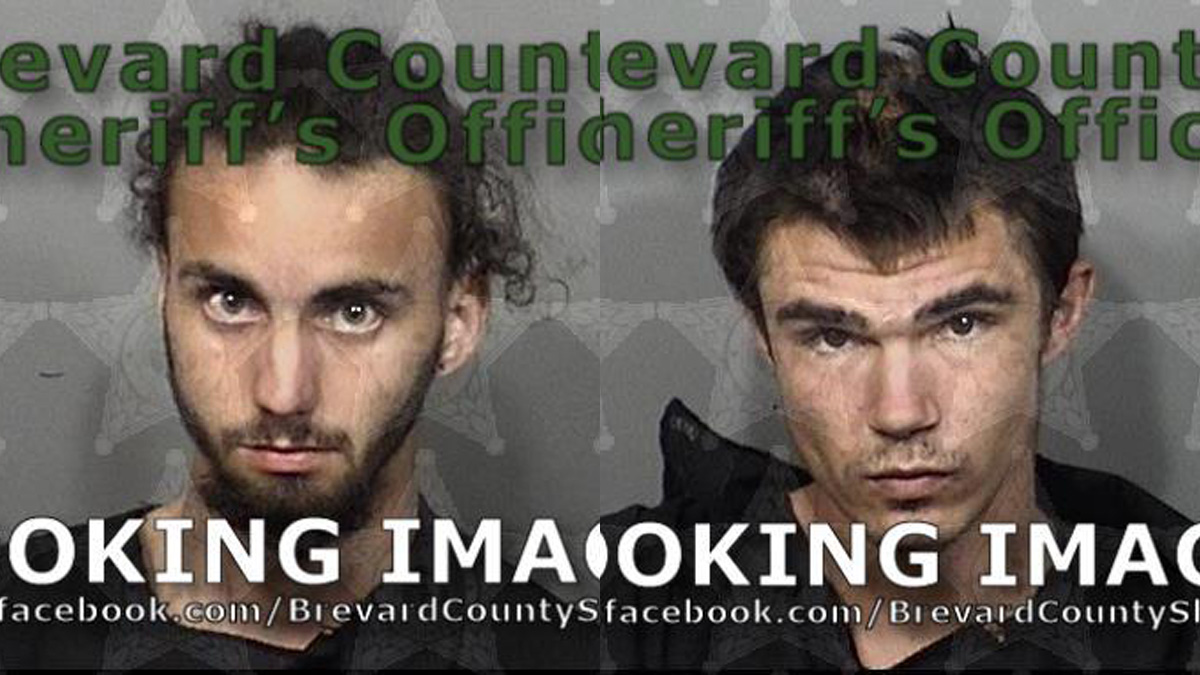 On Tuesday, two men were arrested in Barefoot Bay that investigators say are responsible for ongoing burglaries and thefts in Barefoot Bay and Micco, according to the Brevard County Sheriff’s Office.

Deputies responded to a burglary at the Barefoot Bay Golf Course, located at 125 Barefoot Boulevard, where they found a forced entry made through a fence and into a secured area, the affidavit said.

“Upon unlawful entry, the suspects stole several sets of golf cart keys, a battery charger, and a set of golf clubs. The total value of stolen items was reported to be approximately $1,100,” the deputy said.

During the investigation, two suspects were named, and deputies located Domnik Anthony Schwier and Austin Ray Norris. The suspects were still in the vicinity of Barefoot Bay.

“Both confessed to committing the burglary at the golf course and stealing the above-listed property,” the deputy said.

Schwier and Norris were charged with burglary and grand theft and transported to the Brevard County Jail, where each bond is set at $7,000.

Investigators say Schwier, 21, and Norris, 20, are suspects in numerous burglaries and thefts that occurred, according to the affidavit.

Schwier lives in Grant-Valkaria, and Norris resides at the 1000 block of Barefoot Circle in Barefoot Bay.

“The investigation is ongoing, and additional charges are forthcoming for both,” a deputy said.

Manatee deaths in Florida. Are they dying off from spraying herbicides? Let’s examine.

Manatee deaths in Florida. Are they dying off from spraying herbicides? Let's examine.