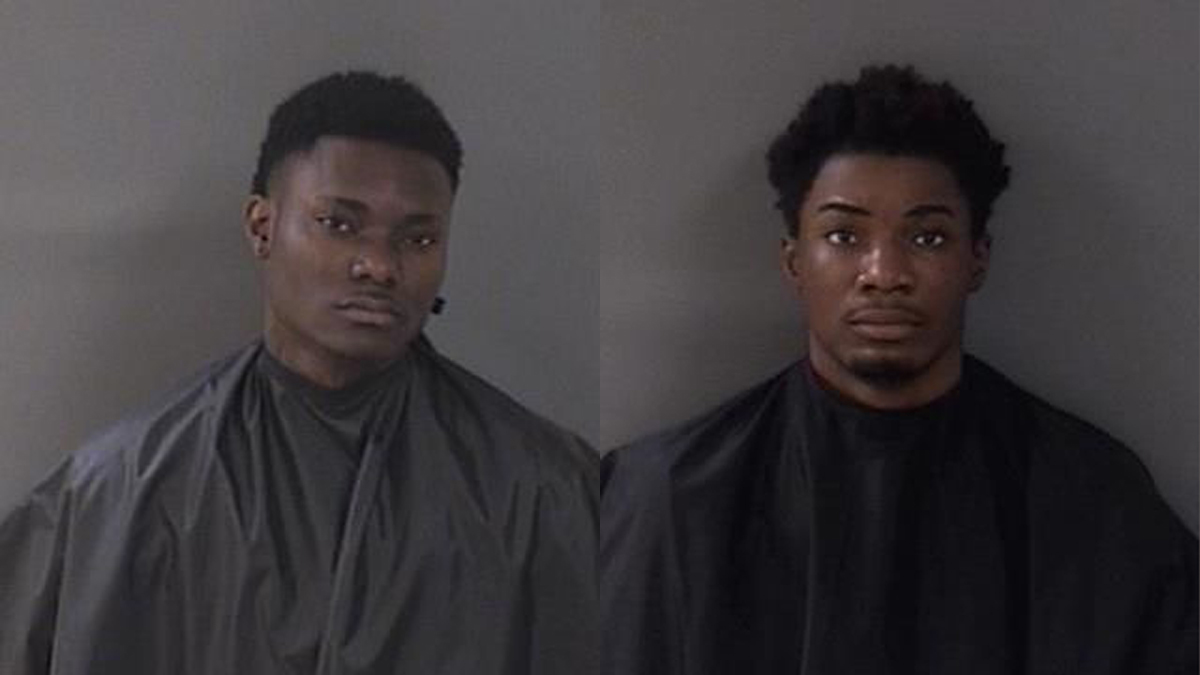 On Sunday, Jan. 3, 3021, two men were arrested on multiple burglary charges after stealing a vehicle in Vero Lake Estates, according to the Indian River County Sheriff’s Office.

Deputies responded to an auto burglary in progress at the 8700 block of 98th Court. The victim observed someone running north with a black hoodie on 98th Court after rummaging through her black Ford Explorer.

As deputies were traveling to the location, they observed two men in a Nissan Sentra driving past them on County Road 510 with a clocked speed of 104 miles per hour. The passenger was wearing a black hoodie, according to the affidavit.

Deputies then conducted a traffic stop and made contact with the occupants inside the vehicle. The driver was identified as 21-year-old Willie Lewis Hullett III, and the passenger was 21-year-old Bernardo Paul.

“While speaking with them, I observed that Paul was no longer wearing a black hoodie, that his sweatpants were covered in a large amount of ‘hitchhikers,’ that he was wearing a muddy sock with no shoe on his left foot, that his right foot was barefoot, and that he was sweating. I observed a black hoodie on the back left passenger floorboard as well,” the deputy said.

While conducting a consensual search of Paul to look for identification, a deputy found a Capital One credit card belonging to someone living in Vero Lake Estates. Deputies located the owner of the credit card, which was stolen from their vehicle. Additionally, two ski masks and two black hoodies were also found in the vehicle.

Hullett and Paul were detained and agreed to talk with deputies.

“They both admitted to committing numerous automobile burglaries together and stealing from within the vehicles. Hullett informed us that they conducted the burglaries while wearing masks,” the affidavit said.