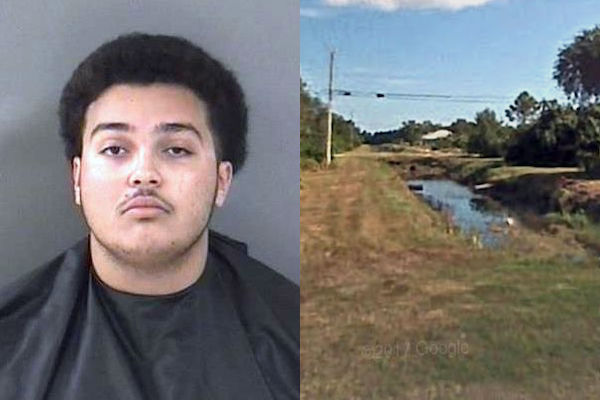 VERO LAKE ESTATES – Two people, an adult and juvenile, were arrested Tuesday on a charge of felony armed robbery with a deadly weapon in Vero Lake Estates, according to the Indian River County Sheriff’s Office.

The victim said a juvenile he knows as Nicky asked him to meet at a remote location in Vero Lake Estates to hang out. When he arrived to meet him, a couple of subjects came out of the woods with bats and guns. One gun was placed on his back, and another gun was placed against his head, the arrest affidavit said.

They asked the victim for his money and fled on foot.

“Just give us your money, it’s not worth it,” Nicky said, according to the report. The victim pulled out his wallet and gave them $100.

After the subjects fled, the victim contacted law enforcement.

The victim said he communicates with Nicky on Snapchat and deputies read a few previous conversations when the subject mentioned his address.

Deputies went to the address and found the subjects inside the residence. They all denied robbing the victim until one of them wished to speak to one of the deputies. The subject admitted that they were all in the woods and lured the victim to the remote location to rob him. He also said two of the subjects had guns.

“[the subject] had advised they were leaving to ‘go hit a lick’, term used to refer to a robbery,” the deputy said. He said he didn’t want to go with the other two or have anything to do with the robbery.

Based on the facts of the investigation, Joseph Michael Quiles, 19, was arrested and transported to the Indian River County Jail.

Sebastian Daily decided not to publish the full name of Nicky since he’s a juvenile, even though names of juveniles can be published when there are serious charges pending.