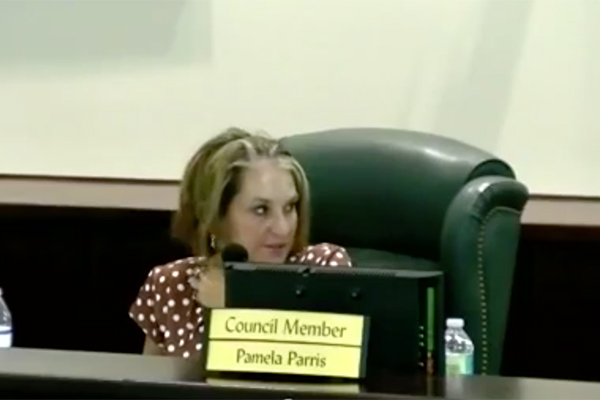 Editors Note: An earlier version of this article reported that the meeting ended following a vote to proceed. However, the motion on the table was to postpone the variance public hearing which failed 3-2. The Mayor then ended the meeting. We have corrected the article.

To comply with CDC guidelines, they limited the number of people who were allowed at the meeting. The meeting was shared on Facebook Live so that people at home could watch.

“I’ve had lots of emails today about why we didn’t cancel this meeting,” Mayor Ed Dodd said. Dodd said he felt that they could do the meeting safely with social distance and provide a live feed on social media.

Councilman Jim Hill did not feel that holding this meeting was appropriate and recommended that the next meeting be canceled as well.

“I would suggest that we not only cancel the April 8th meeting but not hold a public meeting until the state of Florida lifts its emergency declaration,” Hill said.

Hill also said that if Florida extends their emergency declaration beyond April 8th, that it wouldn’t be appropriate for the council to be holding a public meeting. Hill stated that while the City of Sebastian is in concert with Florida, the state is asking people not to get together in public.

Hill then told Mayor Dodd that it was good to have the meeting as a public service announcement as City Manager Paul Carlisle was updating residents of the recent cancellation of city-sponsored events and what the city plans to do during the coronavirus pandemic.

Mayor Dodd then postponed several things on the agenda, which will be brought back up on April 22nd.

A few minutes later, councilman Damien Gilliams asked if the board feels comfortable having the meeting without the public. Mayor Dodd said he felt comfortable since they set up a Facebook Live broadcast where residents could provide public input.

Councilwoman Pamela Parris weighed in, while looking towards Gilliams, and said she feels the meeting should move forward and not be canceled.

“I think it’s important for the public to know that we are having this meeting and that they can see it on television and that we’re actively concerned about the situation and not ignoring matters and issues. I’m happy to be here,” Parris said during the meeting.

The motion on the table was to postpone the variance public hearing which failed 3-2. The Mayor then ended the meeting.

“I am going to close the meeting, and move the entire agenda to the next meeting,” Mayor Dodd said.

Dodd explained that when the vote was 3-2 against moving the hearing to a future meeting, he had two actions he could take, have the hearing or cancel the meeting. He cancelled the meeting. Dodd also mentioned that he had an iPad with him the entire time for questions from Facebook.

“I want everyone to understand that the Council has responsibility to continue doing business and we did not block off the meeting … we were prepared to let anyone who was there and wanted to address us in the room one person at a time. This was an open meeting by any definition given the rules we were operating under,” Dodd said.

The next City Council meet is scheduled for April 22nd, 2020.